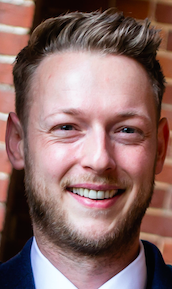 Dr Edward Stoddard is a Reader (Associate Professor) in International Security at the University of Portsmouth in the UK. He is also a Affiliated Researcher at the Scuola Superiore Sant'Anna, Pisa and was an EU Marie Curie Research Fellow in Armed Conflict Studies at the Scuola Sant'Anna between 2018-2020. Previously he was a Postdoctoral Fellow at the Freie Universitat Berlin between 2014-15. He is a specialist on contemporary conflicts, especially those featuring non-state armed groups and non-Western states. He works regularly on conflicts in West Africa, but has also conducted research on conflict in Iraq/Syria and Yemen. He also has a keen research interest in international cooperation and strategies of regime security boosting among authoritarian leaders.