"In Search of a New Rationale: The EU, the European Neighbourhood Policy in a Post-Brexit Order"

As every year, a group of several PhD students working on European Foreign Policy (with a particular focus on the European Neighbourhood Policy), or on political, security and socio-economic issues in North Africa and the Middle East, Eastern Europe or the South Caucasus, coming from various academic backgrounds, came together for almost a week to present their ongoing doctoral projects and learn from experts coming from academia and the world of practice.

After much consideration, with a view to ensuring safety and comfort of the participants and the teaching faculty, a decision had been made to move the edition entirely to online format.

The ENP Chair would like to sincerely thank all invited guest lecturers for their insightful lectures and invaluable feedback offered to participating PhD students:

The ENP PhD Summer School also had the privilege of joining one of the webinars organized by the EU-Middle East Network in Action (EUMENIA), devoted to "The EU and Syria: Thinking about Ways Forward". This online panel debate featured Mr Anis NACROUR, Former Acting Head of Delegation of the EU to Syria, Prof. Yezid SAYIGH, Senior Fellow at Carnegie Middle East Center, Prof. Tamirace FAKHOURY American University in Beirut, Dr Daniela HUBER, Head of the Mediterranean and Middle East Programme at IAI (Rome), and was chaired by Prof. Dimitris BOURIS, University of Amsterdam.

The Summer School was drawn to a close with a Keynote Speech by Mr Lawrence MEREDITH, Director for Neighbourhood East and Institution Building in the Directorate-General for Neighbourhood and Enlargement Negotiations (DG NEAR) of the European Commission. 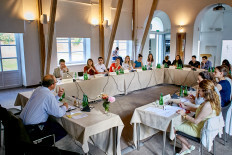 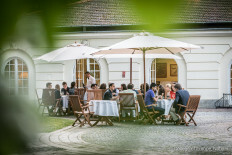 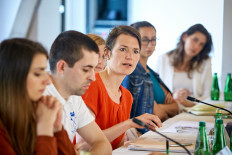 More information about the ENP PhD Summer School can be found at: www.enpsummerschool.eu