First Minister of Scotland, Mr Alex SALMOND has spoken at the College of Europe on EU-Scotland relations

The College of Europe was honoured to host the First Minister of Scotland, Rt Hon Alex SALMOND MSP on Monday 28 April 2014. The First Minister delivered a keynote speech on EU-Scotland relations and discuss the economic and political value of European integration. 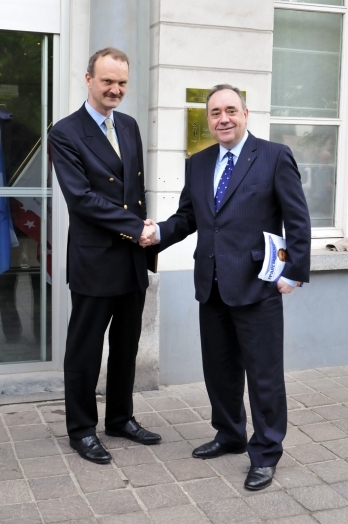 Scotland has played an integral part in Europe since the accession of the UK in 1973 and has benefited from the peace, security and economic opportunities provided by membership of the European Union. Over these 40 years Scotland's economy and society have become fully integrated in the EU single market. In September 2014 the people of Scotland will get to vote on whether Scotland will be an independent country.

This event in the press: