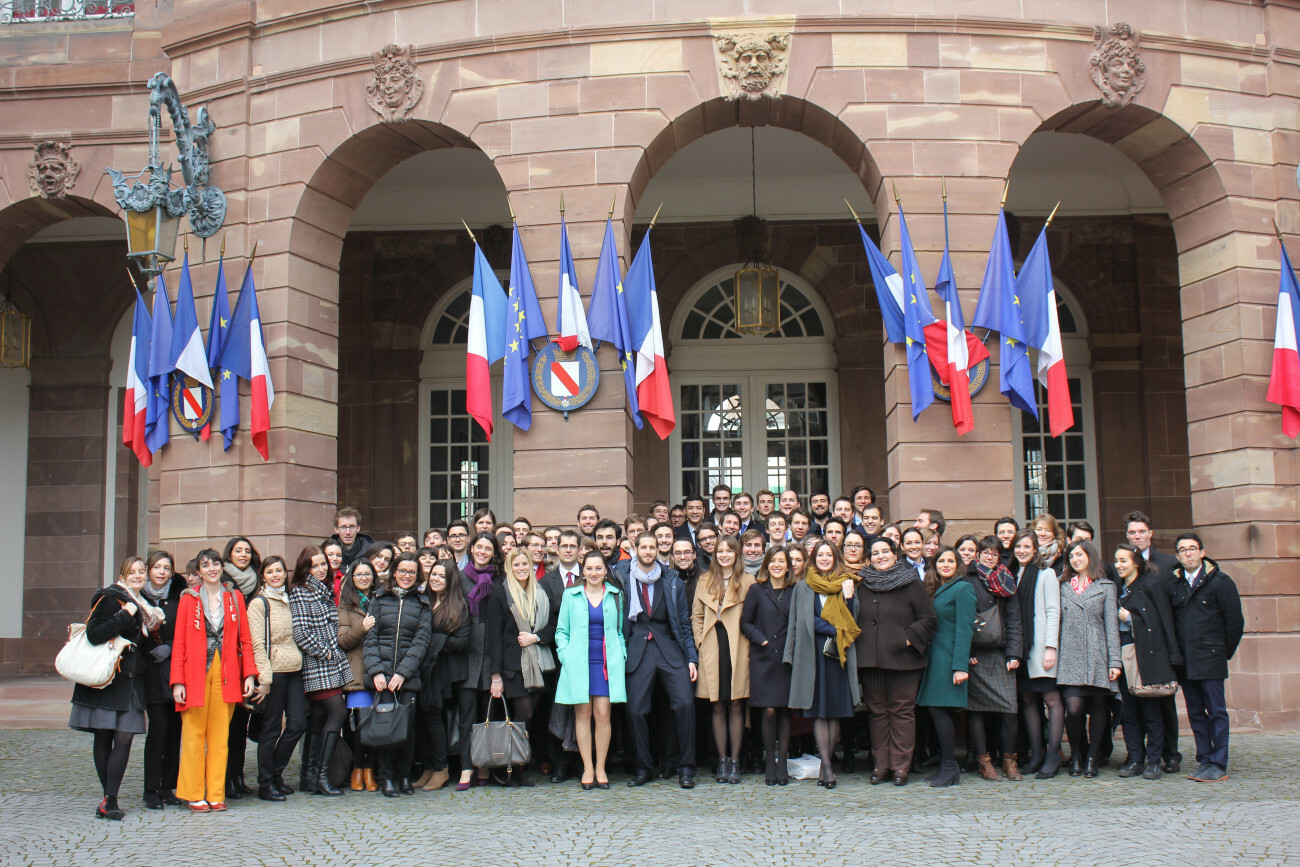 With the support of the Association Française des Entreprises Privées, the City of Strasbourg and the Alsace Region, the Department of European Political and Administrative Studies went on its annual study trip to visit the main European institutions based in Luxembourg and Strasbourg. This year the trip took place from 9 to 12 February 2015.

In Luxembourg, some students visited the European Court of Justice.

In Strasbourg, the students discovered the work of the Council of Europe (more precisely, the work of the Venice Commission), the City of Strasbourg and the Alsace Region. They visited the European Parliament where they witnessed a debate on the shortage of funding of the UNRWA (United Nations Relief and Works Agency for Palestine Refugees in the Near East) in plenary session, and met two Members of the European Parliament: Mr Jacek SARYUSZ-WOLSKI (PL, EPP) and Mrs Pervenche BERES (FR, S&D); but also a former academic assistant of the Department who is now a parliamentary assistant, Mr Mateusz GRZELCZYK. 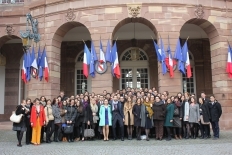 The study trip also included a visit of the Military HeadQuarter Eurocorps for some, while others discovered the European Court of Human Rights. They also had a chance to visit either the city of Strasbourg, the offices of the Franco-German TV channel ARTE, the Tomi Ungerer Museum, or the Lieu d’Europe on the last afternoon in Strasbourg. The study trips thus gave students the opportunity to discover the European history of both the City of Strasbourg and the Alsace Region, as well as networking with former Alumni and EU professionals.