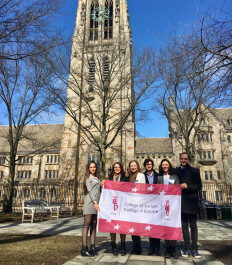 On 24-25 November 2022, the Media and Disinformation Nest of the College of Europe in Natolin hosted two special sessions on Disinformation and Fake News on Social Media with Dr Pérez CURIEL and Dr...
Read more
END_OF_DOCUMENT_TOKEN_TO_BE_REPLACED