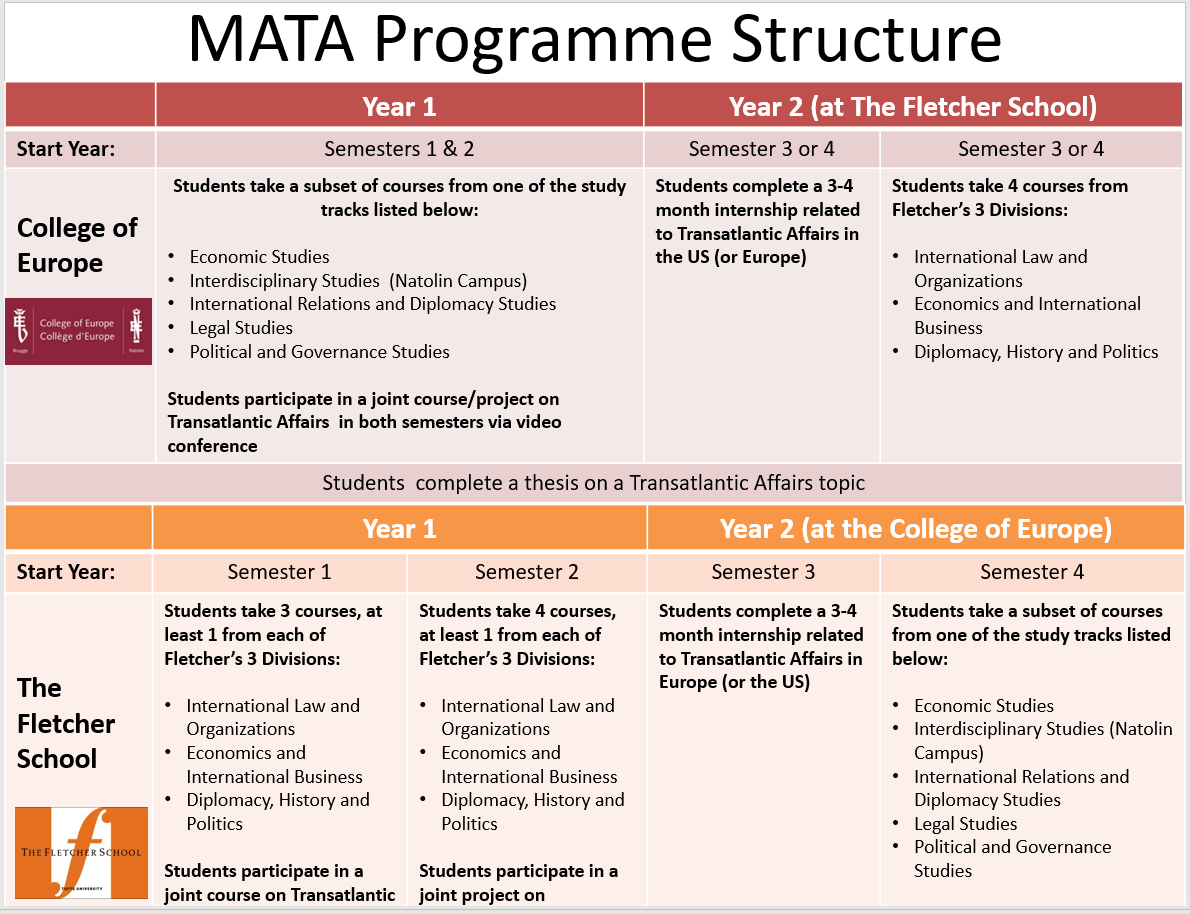 Students in the MATA programme spend one year on each side of the Atlantic. The first year will be dedicated to coursework. The second year comprises a high-level internship in an international or national institution, or within the corporate or civil society sector, and one semester of coursework at the partner institution.
The programme culminates in the completion of a Master's thesis on transatlantic affairs in which students benefit from thesis supervision from both the College of Europe and the Fletcher School.

Past internship placements included: the European Parliament, the European Parliament Liaison Office in Washington, DC, the European Union Delegation to the United Nations in New York City, the US Mission to the EU (Commercial Service) in Brussels, and major think tanks in Washington, DC, such as the Atlantic Council and the Brookings Institution. Several of these internship placements were paid positions. Additionally, thanks to a partnership with the Squire Patton Boggs Foundation, one or two MATA students have each year had the opportunity to benefit from a Squire Patton Boggs Public Policy Fellowship and related grant to complete internships in the non-profit sector. The programme will culminate in the completion of a  Master's thesis on transatlantic affairs drawing upon the insights and support obtained at both institutions.

Within this overarching framework common to all MATA students, the precise study programme varies in line with the study track chosen. All students will follow the year-long joint course on US-EU Relations in the 21st Century: Multidisciplinary Analysis of Transatlantic Affairs (first semester) and US-EU Relations in the 21st Century: Transatlantic Project (second semester). The following five study tracks are offered within the MATA programme:

Each study track leads to a Master of Arts in Transatlantic Affairs (120 ECTS).

At The Fletcher School, students will gain breadth of knowledge through coursework across the School’s three divisions:

Both institutions integrate students into a close-knit, multinational and intercultural learning environment.

The programme has been accredited in the US and by the Accreditation Organisation of the Netherlands and Flanders (NVAO). 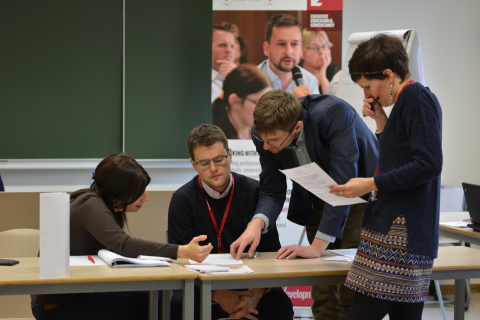 The College of Europe is proud to announce that it has been awarded with the contract for the Pilot Programme of the European Diplomatic Academy. The contract, managed by the European External Action...