The seventh edition of WEASA (Warsaw Euro-Atlantic Summer Academy) took place from 7 to 17 July 2019, and gathered just over fifty participants from the Eastern Partnership, Western Balkans, and Poland. The academy was, as in prior years, jointly organised by the College of Europe in Natolin, the German Marshall Fund of the United States, the Polish-American Freedom Foundation, the Leaders of Change Foundation (Fundacja Liderzy Przemian) and supported by the US-Polish Fulbright Commission.

This year’s programme was called Democracy in a Digital Era: Humans, Machines, Politics, Truth. Just as in WEASA 2017 and 2018, the summer academy looked into topics related to fact-based journalism, social media dilemmas, and the fight against disinformation. This year, however, an algorithmic dimension was added, taking a deep look at the algorithms that govern our information infrastructure and how capable we are of understanding – and controlling – them.

WEASA participants came from many different backgrounds: they included journalists, civil servants, NGO workers, think-tankers, and academics. Lecturers also represented a large range of institutions, like think tanks, investigative journalism groups, NGOs such as the Electronic Frontier Foundation, the German Marshall Fund of the United States, and many other prominent groups. 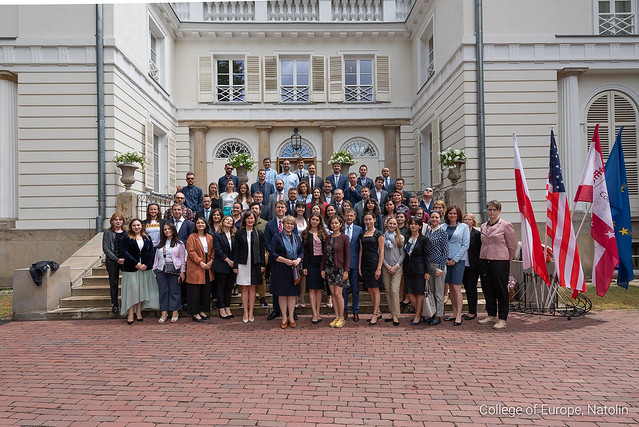 Theory and practice merged into one during WEASA 2019. Each day focused on a specific theme and was divided into morning lectures and afternoon workshops. Morning sessions gave people deep theoretical insights into issues such as Artificial Intelligence or social media. Most afternoons, on the other hand, allowed participants to break into workshop groups and think about how they could apply the morning's lessons in their local communities and professional lives. Discussions focused on a wide range of topics - what sort of content should stay up on social media? What should be deleted? Can we prepare a defensive strategy to protect ourselves from algorithmically amplified disinformation campaigns? And what could we do to improve our own digital privacy and security?

Thematic lectures were complemented by a series of soft skills courses. Those taught participants debating, social media, negotiation, and entrepreneurship skills, preparing them for an ever deeper engagement in digital debates and policy projects.

Still, it is never all about the classes. WEASA 2019 also gave everyone a chance to dine, talk, and get to know each other a little better. Be it a formal opening and closing and ceremony or informal meetings in the shade of Natolin's ancient trees, there were plenty of opportunities to form new friendships and connections that will undoubtedly last beyond the ten days participants spent on our campus.