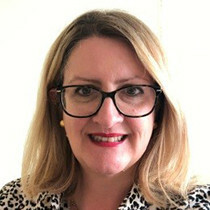 Dr Weston is Head of Division for Partnerships and Task Force NATO in the European External Action Service, overseeing partnerships with international organisations such as the UN, NATO and African Union and third states in the area of security and defence. With significant experience in EU civilian and military crisis management structures, she has been involved in the evolution of the EU’s Common Security and Defence Policy from its early stages, including in the planning and conduct of many of the EU’s civilian crisis management missions.

In 2008-2010, she served as Chief of Staff in the International Civilian Office/ EU Special Representative in Kosovo, led by Pieter Feith. In 2018-19, she was seconded to the European Commission in the framework of the Security Union Task Force, under the authority of Commissioner King.

Dr Weston holds a doctorate in Political and Social Science from the European University Institute in Florence.