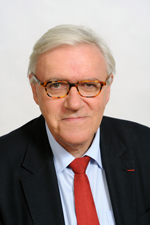 Daniel Guéguen is Associate Partner at EPPA, a consultancy firm. He is former Director-General of the European sugar lobby and former Secretary General of COPA-COGECA (the association of European farmers). He then went on to create his own group of companies with CLAN Public Affairs and European Training Institute. After having sold his companies he re-created PACT European Affairs with Vicky Marissen. Daniel is a prolific writer, editorialist and blogger. He has been Visiting Professor at the College of Europe in Bruges for the last 4 years on Secondary legislation and is lecturer at many international universities.

« Lobbying in the European Union ». Chapitre : « Reshaping European Lobbying : How to be one step ahead ».