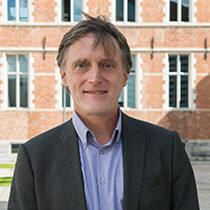 Dr Duncan Freeman is Research Fellow at the EU-China Research Centre of the College of Europe. He was previously Research Fellow and has taught and carried out research on China’s economic and policy development in addition to EU-China relations at the Brussels Institute of Contemporary China Studies, Brussels Diplomatic Academy and Brussels Academy for China and European Studies, at the Vrije Universiteit Brussels (VUB). He has a BA in Politics and Modern History from the University of Manchester, an MSc in Chinese Politics from the School of Oriental and African Studies, London, a Postgraduate Diploma in Economic Principles from the University of London and a PhD completed at the VUB. He has previously lived and worked in Beijing and Hong Kong for a total of 17 years and is fluent in Chinese.  During his time in Hong Kong, he was the editor and publisher of several leading publications on the Chinese legal and tax systems.

Among his areas of research are the political economy of EU-China relations, especially in the area of outward investment, energy and climate policy, the mutual external impacts of the EU's and China’s domestic development and the EU-China political relationship.

The EU-China-US Triangles and the Paris Agreement: A Clash of Orders?, in Men, J., S. Schunz and D. Freeman eds, The Evolving Relationship between China, the EU and the USA: A New Global Order?, Abingdon, Routledge, December, 2019.

The EU, China and the Ghost of an Embargo’s Past, in S. Bersick et al eds, Routledge Handbook on EU-China Relations, Abingdon, Routledge, forthcoming 2019.

China and Renewables: The Priority of Economics over Geopolitics in D. Scholten ed, The Geopolitics of Renewables, Cham, Springer, January 2018.

Bilateral and Domestic Dimensions in China’s Approach to ODI Governance in Men J., and A. Link eds, Reform and Governance in the EU and China, Abingdon, Routledge, 2017.

China’s Outward Investment: Crisis, Opportunities and Challenges, in B. Andreosso-O’Callaghan and P. Herrmann eds, The Transformation of Asia in a Global Changing Environment, New York, Nova, 2012.