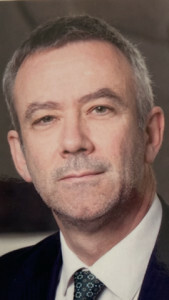 Kieran Bradley is currently a judge of the Administrative Tribunals of the Inter-American Development Bank and the European Stability Mechanism, and chairman or member of the staff appeals bodies of a number of EU institutions and international organisations. He is also a member (and former vice-Chair) of the Scientific Committee of the European Union Fundamental Rights Agency.

From 2011 to 2016, he was a judge of the Civil Service Tribunal of the European Union, and from 2016 to 2019, the Court’s Special Adviser on Brexit. He was formerly was a legal advisor, and latterly a Director, in the European Parliament’s legal service, and a référendaire with Advocate General Nial Fennelly at the European Court of Justice.

He currently teaches postgraduate courses in European Union law at the Global School of Law (Catholic University of Portugal, Lisbon), the Autonomous University of Barcelona and the College of Europe (Bruges), and has taught and given occasional lectures at a large number of universities and institutes, including Harvard Law School and the University of Melbourne, as well as publishing widely. He is also a member of the Advisory Board of the Common Market Law Review and the CJEU correspondent for Law and Practice of International Courts and Tribunals. In 2016, he received a PhD from the University of Cambridge.

His recent publications include: