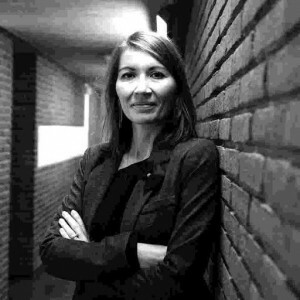 Nathalie Brack is Associate Professor at the Department of Political Science of the Université libre de Bruxelles (Belgium and Visiting Professor at the Center for European Integration Studies at Bonn University (Germany).

Previous professional affiliations: After her studies at the College of Europe (Beethoven Promotion, 2005-2006), she received the grant “European Spirit” from the Bernheim Foundation and worked for a year for the Belgian Ministry of Foreign Affairs and the Permanent Representation of Belgium to the EU. Between 2007 and 2013, she worked as teaching assistant at the Université libre de Bruxelles, where she received her PhD (L’euroscepticisme au Parlement européen. Stratégies d’une opposition anti-système au cœur des institutions, published by Larcier, 2014). Then she conducted postdoctoral studies on the linkage between parliamentarians and citizens in Europe at Oxford University (European Studies Center, St Antony’s College). She was visiting Professor at the Université catholique de Louvain (2013-2014) and at Sciences Po Bordeaux (2015-2016) and at the Université de Lausanne (2017-2018). She was Academic Coordinator of the EG Programme at the College from 2018 to 2020.

Other professional activities: She lectured to university students but also during Summer schools (such as the Luiss Guido Carli Summer School (Rome) and the James Madison College Summer School on International Relations) and professional workshops to civil servants and journalists. She is Member of the Steering Committee of the ECPR Standing Group on the EU and coordinates the seminar series on EU affairs of the Standing Group together with Prof. Zeitlin. She co-leads the project "Conflicts of sovereignty in the EU" financed by the Wiener Anspach Foundation, together with Christopher Bickerton (Cambridge University), and Ramona Coman and Amandine Crespy (ULB).

Nathalie Bracks' publications focus on Euroscepticism, EU politics and institutions as well as parliamentary studies. She is the co-author of the textbook "Le fonctionnement de l’Union européenne" (with O. Costa, Ashgate, 2014) / How the EU Really Works (Routledge 2018) and she wrote “Opposing Europe in the European Parliament. Rebels and Radicals in the Chamber” (Palgrave, 2018).  She published articles in the Journal of Common Market Studies, French Politics, Research and Politics and the Journal of European Integration. She recently edited a special issue of the Journal of European Integration on Conflicts of sovereignty in the EU (with A. Crespy and R. Coman) and is co-editor of the book “Theorising the crisis of the European Union” (with S. Gürkan, 2021: https://www.routledge.com/Theorising-the-Crises-of-the-European-Union/Brack-Gurkan/p/book/9780367431402 )