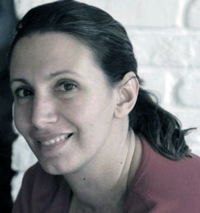 She is Visiting Professor at the College of Europe, Bruges since 2012 and also holds a Lectureship in International Relations at the Law Faculty of the University of Thrace (currently on leave of absence).

Ruby was Research Fellow in the Global Governance Programme of the Robert Schuman Centre for Advanced Studies at the European University Institute, Florence between 2012-2015; and Research Fellow at the Hellenic Foundation for European and Foreign Policy (ELIAMEP) from 2002-2012. Before that she worked for McKinsey & Co. in Zurich and Athens. Ruby was Southeast Europe Policy Scholar at the Woodrow Wilson International Center for Scholars in Washington DC (2007, and again in 2009) and Visiting Fellow with the Center for Democracy Development and the Rule of Law (CDDRL) at Stanford University (2010-2011).

Her research and publications have focused on different aspects of migration, European integration, foreign policy and human rights. She has served as Managing Editor of the Journal of Southeast European and Black Sea Studies (2005-2009) and is currently Book Review Co-Editor for the Journal of Common Market Studies.

Ruby studied Political Science at the Université Libre de Bruxelles (ULB), Business Management at the University of Maryland, and then pursued her graduate studies in European Studies at Katholieke Universiteit Leuven. She holds a PhD in International Relations from Cambridge University.