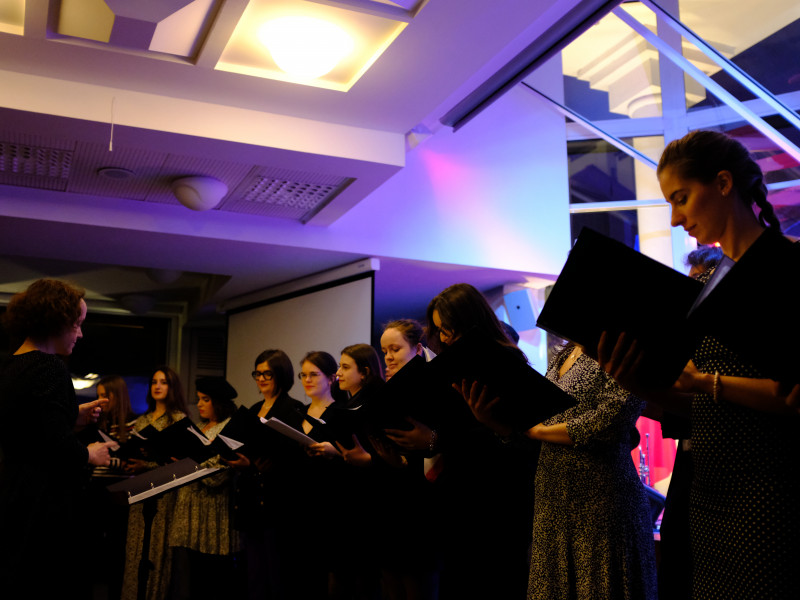 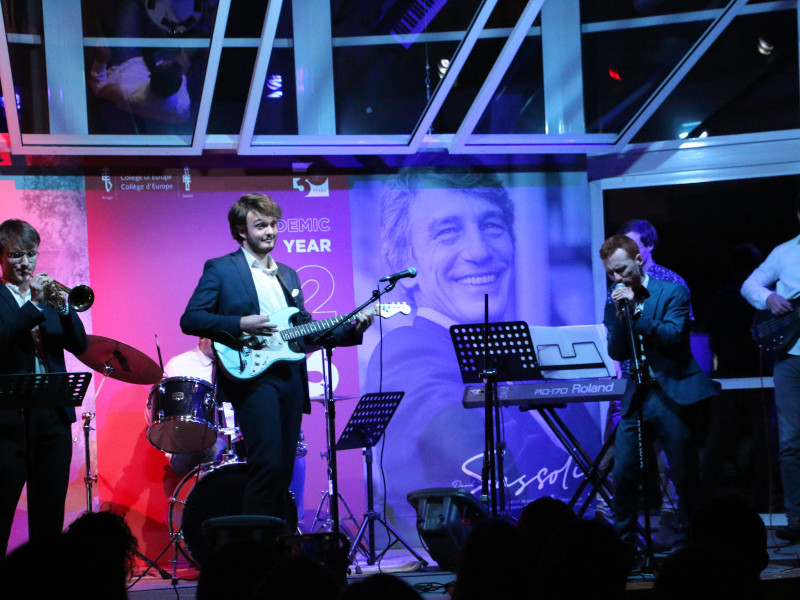 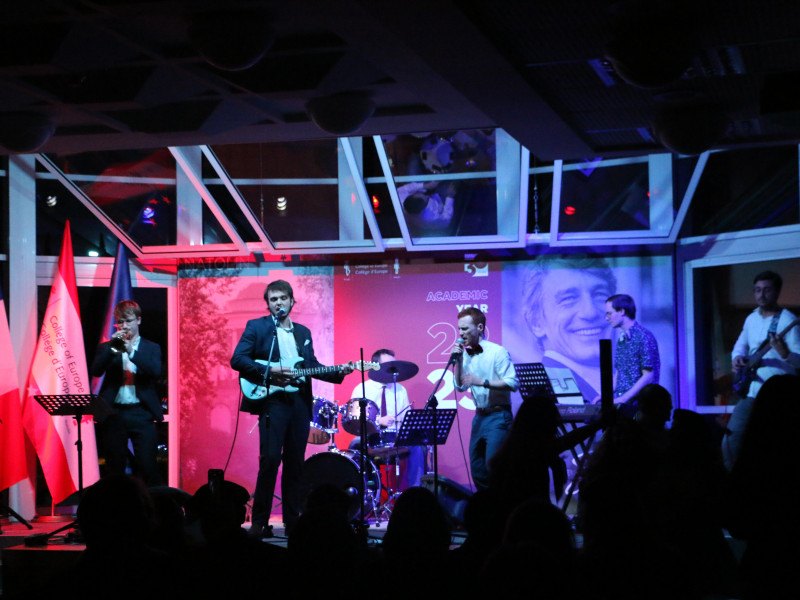 On 2 December 2022, the French students of the College of Europe in Natolin, in collaboration with the Student Affairs and Professional Development Office (SAPDO), organized the last national day of the first semester by celebrating la France plurielle - the diversity of its landscapes, its history, gastronomy and regions with their unique specialities. The theme of the day was the Tour de France of the regions. Different activities were planned throughout the week to take the students on a journey through France and to discover the richness and uniqueness of the country.

The first tour was through poetry. In the student residences, a selection of the most exquisite poems of the French language were displayed. With the kind help of the French language professors, students were also invited to write a poem about their experience at the College, which was then displayed during the French Day as a small special exhibition. The second cultural activity was discovering over 3 consecutive days the paintings of famous French artists, recreated creatively by the French students. On 1 December, a short film evening was held with the premiere of "The Campus" directed by students Willy MONNIER and Louis BRÉMOND, a comedy inspired by the stereotypes that people associate with France.

The day of 2 December began with a classic French breakfast in the Natolin Restaurant, set in tricolour and authentic French ambiance. For lunch, the students of the David Sassoli Promotion had the chance to taste crêpes bretonnes, a traditional culinary speciality, prepared by the French students which was followed by a small workshop led by them, un piquet de grève, presenting the practice of strikes in France and inviting the students to a small activity of creation of strike posters à la française.

For dinner the student restaurant was transformed into a guinguette atmosphere, a tradition that was thought to have gone out of fashion, but which is now being revived all over France. The French being known for their "art du bien manger et du bien boire", the staff of the student restaurant organized a special dinner that nicely reflected the French gastronomic traditions. The French students welcomed the guests with champagne, and the sumptuous dinner included terrine, French grated carrots, onion soup in wine with croutons, prawns in mayonnaise and salade niçoise as starters, the main course consisted of rooster in wine, quiche lorraine, ratatouille, tartiflette, and tarte tatin, lemon meringue pie and chouquettes as dessert.

This was followed by a tasting of French wines in the entrance of the Retinger Residence and the evening event in the Copernicus Auditorium. The Natolin Choir was engaged to make the opening with a French song, then the evening continued with the performance of some famous French songs, that are no longer restricted by the borders of France, by a band formed by some French students. The repertoire included classics such as "Douce France" of Charles Trenet, "La vie en rose" of Edith Piaf, "Un autre monde" of Téléphone, and then it was impossible to miss the distinct guitar riff and the futuristic sounds that identify the song "Égaré dans la vallée infernale, le héros s'appelle..." : "L'aventurier" of Indochine which heated up the atmosphere and made the entire audience dance. A short quiz was organized at the end about general culture and the evening was concluded.

The French students and the Natolin Community thank Carrefour Polska, E.Leclerc and the other partners who contributed to the successful celebration of the French National Day at the College of Europe in Natolin.

The Student Affairs and Professional Development Office would like to congratulate all the students who organized the celebrations of their cultures during the first semester and extends its delight and excitement to resume this tradition for the second semester.