European Horizons was founded on February 14th, 2015 at the European Student Conference 2015 at Yale University by undergraduate and graduate students from 45 American universities and the College of Europe. US-based, non-partisan think-tank, European Horizons is devoted to exploring the meaning of European identity, modernizing and reforming the concept of the social market economy, advancing the cause of European integration, and deepening transatlantic relations.

The College of Europe is proud to host one of the many chapters that compose European Horizons all over the USA and Europe. European Horizons is indeed the occasion for students of the MATA programme and from across the Departments to engage in a constructive dialogue that will propound a platform of ideas for reforming the European Union and setting a policy vision for its future.

In 2018 and 2019, students of the College of Europe attended European Horizons conference at Yale University. The conference brought together 100 undergraduate and graduate students from universities across the US, Europe and Asia with distinguished academics and policy-makers, in order to address some of the challenges confronting the European Union. 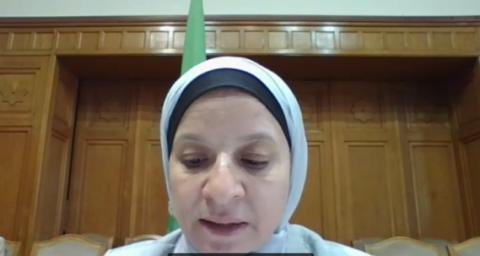 The College of Europe Development Office organised on 20 September 2021 an online briefing on the European Commission’s New Pact on Migration and Asylum for a group of officials from the Arab League...
Read more
END_OF_DOCUMENT_TOKEN_TO_BE_REPLACED