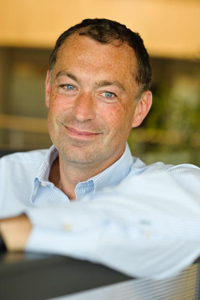 Alain LEMPEREUR is the Alan B. Slifka Professor and Director of the Conflict Resolution and Coexistence Program (COEX) at The Heller School for Social Policy and Management, Brandeis University. In that capacity, he established five new dual degrees, as well as a concentration in humanitarian aid and disaster management.

He is also an affiliated faculty, instructor and executive committee member of The Program on Negotiation (PON) at Harvard Law School, where he teaches the PON Global Executive Seminar and is the academic editor of the PON Negotiation Briefings.

He authored or edited two dozen books in 16 languages, including The First Move. A Negotiator’s Companion. He contributed over 150 articles, book chapters and papers. His current research and field expertise address responsible negotiation and leadership issues, as well as humanitarian negotiation.

In partnership with the Wilson International Center in Washington DC, he created the Negotiators of the World project to support the Burundi Leadership Training Program (2003-2007) and the DR Congo Cohesive Leadership Initiative (2006-2011). He facilitated OECD stakeholders’ meetings for the International Dialogue on Peacebuilding and Statebuilding (2009-2011) and was part of the UN mediators' network.  He continues to support leaders in the Middle East through the PON-supported Negotiation Strategies Institute (2013-), the Brandeis Our Generation Speaks program (2015-) and Forward Thinking (2018-).

As the ESSEC Negotiation and Mediation Chair Professor (1995-2011), he founded and led ESSEC Iréné – a leading European research and education negotiation institute – and established the negotiation teaching at the French National School of Administration – ENA (1997-2010) and at the European Commission (2004-2010). He was a visiting faculty at Harvard University, the College of Europe, the Cyprus International Institute for Management, the Ecole Polytechnique, the Fletcher School of Law and Diplomacy, IMS Geneva, Kedge Business School, the Lebanese University, the Sciences Po Paris School of International Affairs, ParisTech, UPeace Costa Rica, the Universities of Brussels, Corsica, Geneva, Mannheim, Mons, Paris II and V, and Zurich.

The full CV Alain LEMPEREUR is available below.