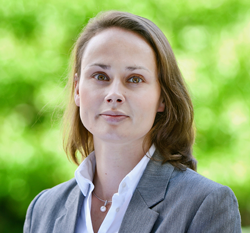 Dr. Anna-Sophie Maass' academic background is at the intersection of European Studies and International Relations. Her PhD dissertation examined the reasons for the transformation of EU-Russian relations from diplomatic cooperation to confrontation between 1999 and 2008.

Dr Maass' monograph examining the reasons for the transformation of EU-Russian diplomatic relations between 1999 and 2015 from cooperation to increasing confrontation has been published by Routledge's series on Contemporary Russia and Eastern Europe: https://www.routledge.com/authors/i14928-anna-sophie-maass.