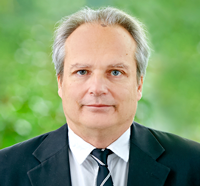 Dr. Johannes Remy is a specialist in Eastern European history, especially Ukraine, Russia, and Poland in the nineteenth and early 20th century. Most of his research has been on nationality questions of Russian empire. He received his Ph.D. from University of Helsinki in 2000. Thereafter, he worked in various positions at University of Helsinki. In 2009, he moved to Canada and taught at five universities, including Carleton university in Ottawa and York University in Toronto. He joined College of Europe faculty in September 2015.

In his first book, Higher Education and National Identity: Polish Student Activism in Russia, 1832-1863, Dr. Remy studied the period when universities of Warsaw and Wilno (Vilnius) were closed, and Polish youth studied at Russian universities. His second monograph, Brothers or Enemies? Ukrainian National Movementand Russia: 1840s-1870s has been accepted to publication and is forthcoming in 2016 at University of Toronto Press. Dr. Remy has also written a textbook in history of Ukraine in his native Finnish and numerous scholarly articles on Ukrainian question in Russian empire. He is now working on research project Question of Ukrainian autonomy between the two Russian revolutions in 1917.