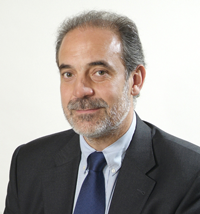 Dr Ortiz Blanco is a partner in the EU and Competition Law Department at Garrigues, where he has continued to pursue his professional career after spending ten years (1987-1996) as an official in the Directorate General for Competition in the European Commission, Brussels. He specializes in EU and Competition Law and, in particular, in advising and representing clients in administrative and court proceedings before authorities and courts at Spanish and European level (European Commission, National Antitrust Commission, commercial courts, National Appellate Court, Supreme Court and Court of Justice of the European Union). He is the go-to lawyer for a large number of multinational and Spanish companies on EU and Spanish competition law and is regularly involved in many of the most high-profile proceedings at European level. His practice areas cover cartels, cooperation agreements between competing companies, distribution and agency agreements, abuses of a dominant position, merger control, State aid, free circulation of goods and trade defense proceedings. Directories such as Chambers and Partners Global – The World’s Leading Lawyers, Chambers Europe, Legal 500, Global Competition Review, Who's Who Legal, and PLC Which Lawyer have recognized him as a distinguished specialist in antitrust law.

Dr Ortiz Blanco is a Visiting Professor of EU competition law and trade defense procedures at the College of Europe (Bruges, Belgium) and at the Brussels School of Competition (Brussels). He is also a Professor of private international law at the Faculty of Law of Universidad Complutense, Madrid and Director of the annual EU and Spanish Competition Law Program at the IEB (Instituto de Estudios Bursátiles), Madrid.

He is a member of the Madrid Bar Association. At present, he serves as member of the Board of the AEDC (Asociación Española para la Defensa de la Competencia, Spanish Association for the Defense of Competition), an association which he chaired between 1998 and 2011; Secretary General of the AEDEur (Asociación Española para el Estudio del Derecho Europeo, Spanish group within the Fédération Internationale de Droit Européen, FIDE, of which he was Secretary General between 2008 and 2011); and member of the Board of EMLO (European Maritime Law Organisation). In addition, he is a member of the Advisory Board of the European Competition Journal (Oxford.

Dr Ortiz Blanco holds a Degree and a Doctorate in Law, and a Degree in Spanish Philology, all from the Universidad Complutense de Madrid. He was a Visiting Researcher at Harvard Law School (Complutense Fellow) in 1994 and 1995. He has authored some of the most well-known books on EU and Spanish antitrust law, including EU Competition Procedure (Third Edition), Oxford University Press, Oxford, 2013 (forthcoming) (Editor), Market Power in EU Antitrust Law, Hart Publishing, Oxford, 2012, Shipping Conferences under EC Antitrust Law, Hart Publishing, Oxford, 2007, plus a Competition Law Handbook in Spanish, published by Tecnos, Madrid, 2008.

He regularly contributes articles to the main publications on international competition law, the most recent of which include:

Dr Ortiz Blanco is a regular speaker at high-profile forums, seminars and conferences in the area of European and international competition law, including those organized by the International Competition Network (ICN), the Global Competition Law Center at the College of Europe (GCLC), the Academy of European Law (ERA), the European University Institute (IUE) and Fordham University.