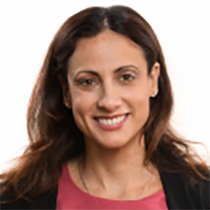 Nathalie Tocci (IT) is Director of the Istituto Affari Internazionali and Honorary Professor at the University of Tübingen. She serves as Special Advisor to EU High Representative and Vice President of the European Commission (HR/VP) Josep Borrell. As Special Advisor to HR/VP Federica Mogherini she wrote the European Union Global Strategy and worked on its implementation. She has been a member of Eni’s Board of Directors since May 2020.

Previously she held research positions at the Centre for European Policy Studies, Brussels, at the Transatlantic Academy, Washington, and at the EUI’s Robert Schuman Centre for Advanced Studies, Florence. Her research interests include European foreign policy, conflict resolution, the Middle East and the Mediterranean.

Her major publications include: Framing the EU’s Global Strategy (Springer-Palgrave Macmillan, 2017); The EU, Promoting Regional Integration, and Conflict Resolution (ed. with Th. Diez, Springer-Palgrave Macmillan, 2017); Turkey and the European Union (with S. Aydin-Düzgit, Palgrave Macmillan, 2015); Multilateralism in the 21st Century: Europe’s Quest for Effectiveness (ed. with C. Bouchard and J. Peterson, Routledge, 2013); Turkey’s European Future: Behind the Scenes of America’s Influence on EU-Turkey Relations (New York University Press, 2011); and The EU and Conflict Resolution (Routledge, 2007). She is the 2008 winner of the Anna Lindh award for the study of European Foreign Policy.