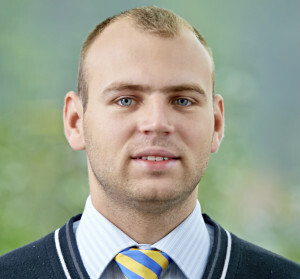 Oleksandr holds a Master of Arts in European Interdisciplinary Studies from the College of Europe in Natolin. His Master’s thesis analyzed the parliamentary electoral systems used in Ukraine with the aim of designing the one which would be tailored to Ukraine’s modern political and ethno-linguistic context. Prior to that he graduated from Uzhhorod National University with a Master of Arts in International Economic Relations, having presented a Master’s thesis on the impact of the cross-border cooperation of the regions of Ukraine with the regions of the neighbouring EU countries on Ukraine’s European integration. He also holds a Bachelor of Arts in International Economic Relations from the same university. In the academic year 2013/14, Oleksandr studied International Affairs at the Lewis & Clark College as a fellow of the U.S. Department of State Global Undergraduate Exchange Program (Global UGRAD).

Oleksandr has been an Academic Assistant at the College of Europe, Natolin campus, since July 2016.