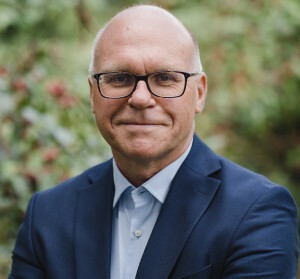 In the late 1980's published several articles and translations on Central Europe in the independent (both samizdat and legal) Polish media. Continued that activity for some years also after 1989.

In 1990-91 advisor on Central European co-operation at the Polish Senate's Centre for International Studies.

2nd secretary for scientific and educational co-operation at the Polish Embassy in Budapest, Hungary (1991-92). In the years 1992-97 - director of the Polish Institute in Budapest. Co-organizer of “Ekspress Polonia” festival, the biggest presentation of Polish culture abroad in that decade.

In 1997, he phrased the original concept of reforms of Polish cultural diplomacy, which, after the approval of the MFA leadership of that time, became a determinant of change in this area for the coming years. Between 1998-2001 - coordinating director at the Polish MFA, supervising departments responsible for: Public Diplomacy, Foreign Cultural and Scientific Policy and Foreign Information Policy. Responsible for preparing the government program of promotion of Poland’s accession to the EU, realized until 2004.

2005-2007 - undersecretary of state at the Polish MFA responsible for: Public and Cultural Diplomacy, Foreign Economic Policy and International Development Cooperation. Responsible for preparing the government strategy of Poland’s nation-branding until 2015.

In 2001 and 2016 – lectures and workshops on public diplomacy at the Polish Diplomatic Academy.