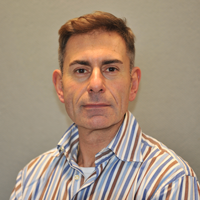 In the framework of the Bologna Process he conducted the first process of full accreditation and recognition of the diploma of the College of Europe (2009-2010).

As Director of the Academic Service, Thierry MONFORTI was responsible for the overall supervision of the curricula of the academic departments, coordination of the visiting professors teaching at the College and also for its academic budget.

Thierry MONFORTI was member and coordinator of the Academic Council and dealt with the application of the academic rules, policies and prospects, as well as extra-curricular matters and activities.

As Director of the Admissions, he was directly involved in the board selecting the students applying to the College including the complex scholarships scheme. He coordinated the selection interviews and was in direct contact and negotiations with the national committee administration financing the national scholarships offered to a large number of future students together with additional scholarships from private sector and foundations.

Previously, Thierry MONFORTI was the Assistant to the Rector and the Academic Secretary in charge of the academic organization of the College.

He is an alumnus of the College of Europe where he followed the programme in European Political and Administrative Studies. He also obtained the medal of the “Mérite européen” from the Fondation du Mérite européen chaired by Jacques Santer, former President of the European Commission.

From January 2022, Thierry Monforti is the Strategic Advisor of the College advising the Rector on mid- and long-term decisions concerning the College’s strategic development in all domains and will present the findings and corresponding option papers to the College’s governing bodies.