This lecture coincided with Professor MICOSSI’s Valedictory Lecture, after more than twenty years of being a member of the faculty of the Department of European Economic Studies, College of Europe.

Professor MICOSSI obtained a degree in Law at the University of Milan and an MA and MPhil at Yale University, Department of Economics.

He is Director-General of ASSONIME (Associazione fra le Società per Azione), Chairman of the Scientific Council School of European Political Economy (SEP) of LUISS, as well as a Member of the Board of Directors of CIR Group and of the Centre for European Policy Studies (CEPS) in Brussels.

He is co-editor and author of volumes on the EMS (1988), on adjustment and integration in the world economy (1992), on the Italian economy (1993), on inflation in Europe (1997); author of various articles in Italian and international scientific publications on macroeconomics, international economics and European economic and policy affairs. He has written influential Policy Briefs for CEPS and VoxEU, editorial comments for Il Sole 24 Ore, La Stampa, the Financial Times, the Wall Street Journal Europe, La Voce, Project Syndicate, and has collaborated regularly with La Repubblica – Affari e Finanza. 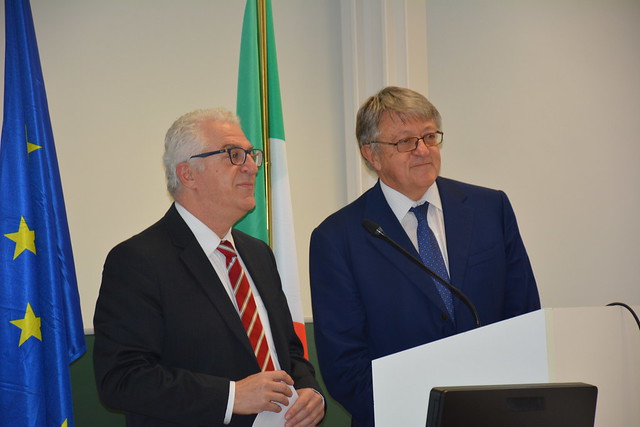