ENP Debate: "The Role of Civil Society in Strengthening Democracy and the Rule of Law – Comparing Different European Experiences"

Whereas the initial European Neighbourhood Policy (ENP) framework provided rather limited possibilities for the EU’s engagement with non-state actors of the partner countries, the launch of the Eastern Partnership (EaP) initiative in 2009, as well as the ENP’s subsequent revision, enabled bilateral and multilateral contacts at multiple levels, thus paving a way for an ever-more active involvement of various non-governmental organisations and other local stakeholders in EU-EaP political, social, and economic cooperation matters. More significantly, the past decade saw civil societies becoming increasingly vocal as agents of change all around the European Union’s neighborhood.

In this context, the debate, organized jointly by the ENP Student Society and the European Neighbourhood Policy Chair at the College of Europe at Natolin, aimed at exploring the various pathways to increasing the role of civil society in domestic politics and cooperation with the EU, just as it aimed at pinpointing distinct national experiences of civic engagement—not least by vividly juxtaposing select examples from both the EU and non-EU states.

We had the pleasure to welcome at the debate the following speakers:

The debate was chaired by H.E. Ambassador Thomas MAYR-HARTING, Visiting Professor at the College of Europe in Natolin, former Managing Director for Europe and Central Asia in the European External Action Service.

The photo gallery from the event is available below: 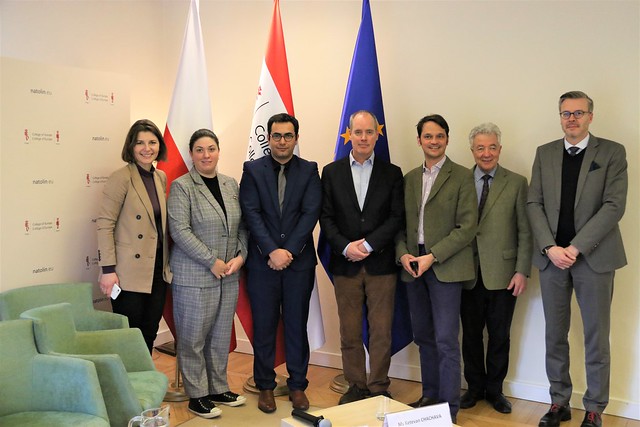