In the framework of the Master of Arts in Transatlantic Affairs (MATA), jointly offered by the College of Europe and The Fletcher School of Law and Diplomacy (Tufts University), and in cooperation with the EU-funded Horizon 2020 project EL-CSID (European Leadership in Cultural, Science and Innovation Diplomacy), the College of Europe in Bruges, Belgium, organised a workshop on "Soft Power in Transatlantic Relations" on 13 and 14 April 2018.

The workshop was kicked off with opening remarks on the value of public diplomacy in transatlantic relations by Ms Christina TOMLINSON, Minister Counselor for Public Affairs, U.S. Mission to the European Union, followed by a keynote lecture on "The role of soft power in transatlantic relations", delivered by Professor Giles SCOTT-SMITH (Professor of Diplomatic History of Transatlantic Relations since WW II, Leiden University), on 13 April 2018 (16:30-18:00).

It is often taken for granted that the EU and the US share multiple values, have close cultural ties and cooperate on issues such as science and research. In many respects, this assumption requires more thorough exploration: to what extent do the EU (and its member states) and the US cooperate in these areas? What impacts does this cooperation yield? What explains the existing forms of cooperation and their impact? And what are possible future areas of and ways for effective cooperation? By exploring three policy domains that are central to transatlantic soft diplomacy, namely culture, science and higher education, this workshop attempted to answer those questions in order to determine the extent to which soft power is at play in contemporary transatlantic relations. 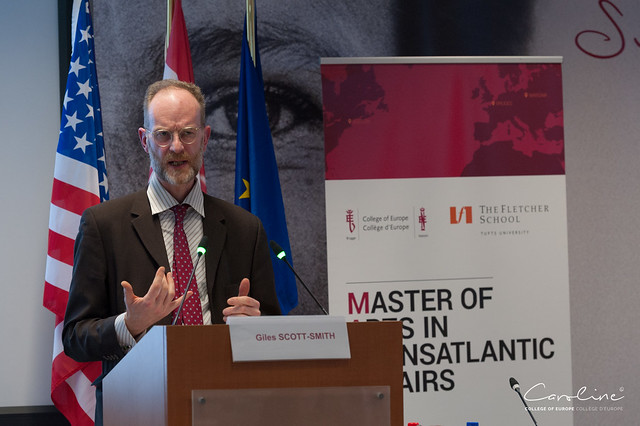 The event was organised with the support of the United States Mission to the European Union.

The workshop resulted in the publication of a special issue of the European Foreign Affairs Review (Volume 24, Issue 2/1, August 2019), which can be accessed here.

We proudly present the first class of Transatlantic students and their academic assistant Brice DIDIER. 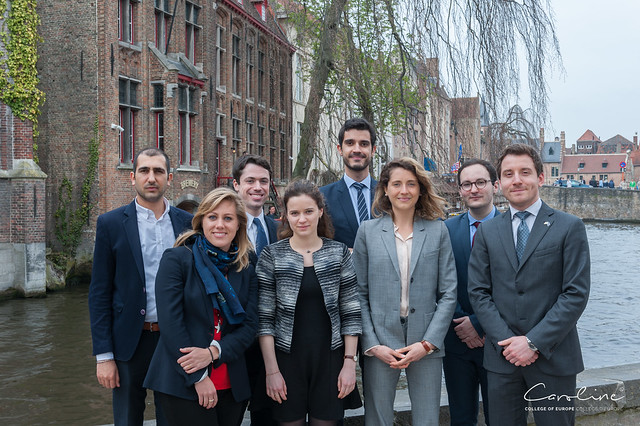