Political Economy Conference: "Reflections on the future of Economic and Monetary Union"

On 16 February 2018, the Department of European Political and Governance Studies held its annual Political Economy Conference.

After nearly a decade spent in various stages of economic crisis, the economic recovery of the euro area appears nearly complete as growth projections are similar to those before the crisis and most countries have exited their bailout programmes. Nevertheless, vulnerabilities remain and the EU and numerous Member States have indicated their preferences on the best way for the euro area to consolidate the progress that has been made and to make it more resilient against future crises. This conference takes stock of these proposals and asks participants to consider possible future reforms for euro area governance and the implications they would have for institutions, Member States, important economic sectors and citizens.

To reflect upon these topics, the conference gathered a wide range of experts in the field, coming both from the institutions and from academia. The conference started with a keynote address by Thomas WESTPHAL, Director General of the German Federal Ministry of Finance. After that, the first panel, chaired by Michele CHANG, was dedicated to the topic of Institutions and Euro Area Governance, and counted on the interventions of Jean-Francois JAMET, European Central Bank; Federico FABBRINI, Dublin City University; Miguel OTERO-IGLESIAS, Elcano Royal Institute; and Marta WIECZOREK, European Commission.

Then, a second panel chaired by Eric DE SOUZA focused on the topic of "New Policies, New Functions". It counted on the participation of Agata GOSTYNSKA-JAKUBOWSKA, Centre for European Reform; Charlotte ROMERKIRSCHEN, University of Edinburgh; Catherine DE VRIES, University of Essex; and David HOWARTH, University of Luxembourg. The conference finished with the closing remarks by Michele CHANG. 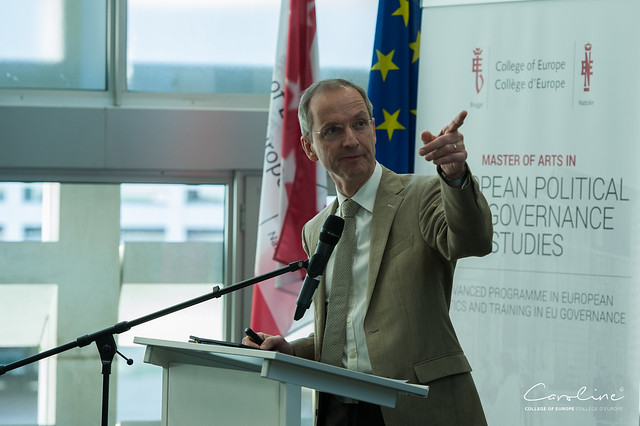