The Bronisław Geremek Prize 2017 is awarded to Dr Krzysztof BORODA

The Chapter of the Professor Bronisław Geremek Prize has named the prizewinners for 2017. 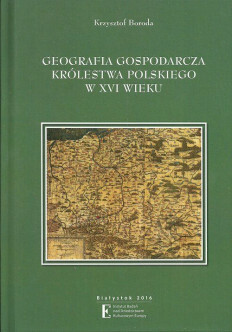 The Chapter is chaired by the current chairholder of the European Civilization Chair at the College of Europe in Natolin, Professor Richard BUTTERWICK-PAWLIKOWSKI. The Chair was founded by the European Parliament in memory of Professor Bronisław GEREMEK†, who held the original European Civilization Chair at the Natolin campus. The members of the Chapter are Professor Marcin GEREMEK (Vice-Chairman), Professor Andrzej FRISZKE, Professor Maria KOCZERSKA, Professor Wojciech KRIEGSEISEN and Professor Henryk SAMSONOWICZ. The Chapter makes its decision on the basis of reviews written by an international jury of experts of books nominated by leading academic publishers.

On 7 November 2017, the Chapter voted to award this year's main prize to Dr Krzysztof BORODA for his book Geografia gospodarcza Królestwa Polskiego w XVI wieku ("The economic geography of the Kingdom of Poland in the sixteenth century"), published in 2016 in Białystok by Instytut Badań nad Dziedzictwem Kulturowym Europy. This impressive, 880-page volume represents a fundamental advance in research on the economic and social history of Poland's sixteenth-century "golden age", and as such a major contribution to a more balanced picture of European civilization at the start of the modern era.

Dr Krzysztof BORODA teaches at the Institute of History and Political Science at the University in Białystok where he is a member of the Centre for Research on Demographic and Economic Structures of Premodern East-Central Europe. He also works for the Historical Atlas section of the Institute of History of the Polish Academy of Sciences. Besides his prizewinning book, he is also the author of many studies in the social and economic history of Poland in the late middle ages and the sixteenth century, including research on students. 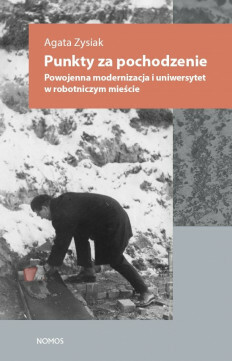 The Chapter also voted to award the prize for an outstanding first book to Dr Agata ZYSIAK for her book Punkty za pochodzenie. Powojenna modernizacja i uniwersytet w robotniczym mieście ("Points for social background. Postwar modernization and a university in a workers' city") published by Nomos in Kraków in 2016. This interdisciplinary sociological and historical monograph presents a nuanced picture of the processes of modernization and the rebirth of traditional academic structures in the challenging circumstances of the first years of communist rule in East-Central Europe.

Dr Agata ZYSIAK, a historical sociologist working on postwar Poland, Assistant Professor at the Warsaw University, currently a member of the Institute for Advanced Study, Princeton. Her research focuses on modernity, working class, and industrial cities.

Dr BORODA will deliver a lecture, and Dr ZYSIAK will give a presentation about the themes of their books during the award ceremony. This will be held at the Natolin campus of the College of Europe in the spring of 2018.