Commissioner Dubravka Šuica on Conference on The Future of Europe: “Concrete follow-up will be the measure of our success”

Already before her election as European Commission President in 2019, Ursula von der Leyen announced that she wanted to launch a Conference on the Future of Europe, where citizens could have their say about the EU’s priorities.

The Conference was intended to begin last year, but the COVID pandemic and disagreements between the institutions over the set-up and presidency of the conference have delayed the launch. In the past weeks, this year’s Europe Day on 9 May has been floated as the start date of the initiative. However, a joint agreement by the institutions is needed before the Conference can begin. 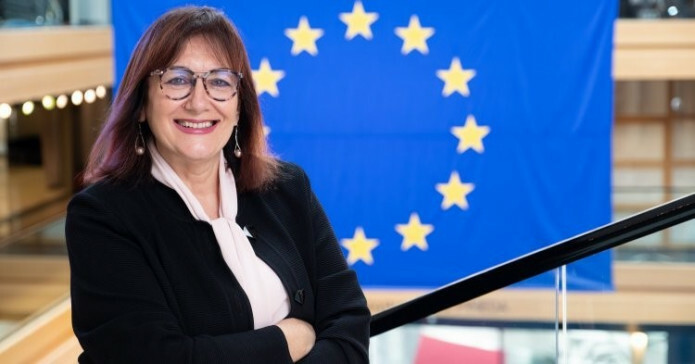 The College of Europe’s JEF branch interviewed Dubravka Šuica, the European Commission Vice-President responsible for the Conference, to hear about the Commission’s plans for making the most of the initiative. The interview follows on from the online event that the JEF College of Europe branch held back January, with guest speakers such as Federica Mogherini and the Oxford professor Kalypso Nicolaïdis.

The idea of a Conference on the Future of Europe was first presented in 2019, before anyone had heard of COVID. How does our experience of the pandemic influence the Conference and its purpose?

The pandemic has only heightened the need for including citizens in discussions on the Union’s future. The objective of the Conference on the Future of Europe is to bring citizens and policymakers closer together. The Conference will help build and reinforce a vibrant European public space for discussion and debates, thereby ultimately strengthening representative democracy. Engaging with European citizens in a broad and inclusive debate on the future of Europe will help us emerge stronger from the crisis.

Naturally, the COVID-19 crisis has had an impact on the Conference. We are working to ensure that the Conference remains accessible and inclusive, while also fully protecting the health and safety of all participants. It needs to be shaped in a manner that takes this emergency and its effects into account. It is quite clear to us that the focus of the first debates will be the recovery process, and here we need to connect with and listen to our citizens, and do it with a healthy dose of humility.

The Commission adopted the Communication on Shaping the Conference on the Future of Europe more than one year ago, on 22 January 2020. Despite the radically changed conditions under which the conference will take place now, the fundamental principles of the Commission’s position on the Conference remain intact. The Conference should give European citizens a greater say on what the Union does and how it works for them. It should allow for an open, inclusive, transparent and structured debate, and make it easier for European citizens to get involved in democracy, beyond the European elections. Should the conditions allow, it will be based on physical, online and hybrid events including via a new multilingual digital platform, developed by the Commission, which will allow citizens to submit their ideas and to join (virtual) events. This digital platform is even more essential during COVID times.

The EU has had many initiatives fostering citizen engagement and broad debate on Europe’s future, like the “New Narrative for Europe” and the Citizens’ Dialogues. In what ways is the Conference a unique initiative?

The Conference builds on successful initiatives such as Citizens’ Dialogues, but goes beyond and it is the sign of new thinking. It will be a pan-European exercise in deliberative democracy and a forum for citizens from all walks of life, and from all corners of the Union. Citizens will be able to make proposals, including through randomly selected Citizens’ Panels, to shape future EU policies.

This aims to enable citizens to play a more active role in deciding on the future of the Union. It will also provide an opportunity to reflect with citizens, to listen to them, to connect and engage, to answer and explain, to build trust and confidence in each other.

A key element of novelty is the commitment to taking the most effective actions, alongside the other EU institutions, to ensure that what citizens debate is translated into EU policy-making. President von der Leyen was the first to make a strong commitment in her political guidelines.

The institutions have wanted to agree a ‘Joint Declaration’ about the Conference before the initiative can be launched. What are the main points of contention left in the negotiations?

For this to be a truly joint endeavour, it is essential that the European Parliament, the Council and the Commission are fully behind it. The discussions on the Joint Declaration have taken some time, but I hope that we are now approaching the finish line and I hope that we can launch the Conference very soon. In all my exchanges with citizens, civil society, organisations, elected representatives at all levels, I see a genuine desire of citizens to contribute to the Future of Europe and we must respond to this call without further wait.

How strictly will the institutions’ joint position determine how the Conference plays out in practice? Will there be chances for the Conference to learn and adapt on the fly?

The Joint Declaration will define the concept, structure, scope and timing of the Conference on the Future of Europe, as well as setting down its jointly agreed principles and objectives. This Declaration will then be open to other signatories including institutions, organisations and stakeholders. Since the beginning, I have insisted that the Conference should be an open process with no red lines.

The whole point of the Conference is to actually enhance the collective learning and adaptation of our policies in the EU, to make our democracy fit for the future. Moreover, the Conference should allow citizens to address the issue that matters to them and we have seen that priorities can change. Who would have imagined twelve months ago that health and healthcare and our collective solidarity and resilience would become the most debated issues?

The Conference is on the future of Europe, not just the EU, and it is likely to address long-term priorities. Will citizens of EU candidate countries or even countries of the broader neighbourhood have a chance to participate in the Conference?

The institutions don’t want to predetermine what issues and ideas are raised during the Conference, and the Commission’s January 2020 communication on the Conference laid out six very broad themes for discussion. However, some have feared that the lack of a clear structure for the Conference might hinder the reaching of concrete conclusions. How does the Commission ensure that the Conference doesn’t end up ‘discussing everything and nothing at the same time’?

The Conference aims to create a space for citizens to engage in a bottom-up discussion on what Europe does for them and how. The six Commission priorities for 2019-24 include already a broad range of policies, but it is crucial that citizens have the possibility to discuss also other topics that they consider important.

A feedback mechanism will ensure that the ideas expressed result in concrete recommendations for future EU action. Organisers of Conference events will report back on the multilingual digital platform that we are preparing. Discussions will then be analysed and taken to the European level and dedicated European citizens’ panels will formulate recommendations for action. All the details of this mechanism are to be agreed upon by the three institutions jointly.

Speaking about follow-up for the Conference, the Commission has said that it “is ready to take into account citizens’ feedback and proposals in the setting of its legislative agenda”. What does this mean in practice?

Citizens want to have a greater say in policy-making beyond elections and the Conference must respond to this call. This exercise in deliberative democracy, in citizen empowerment, is of great importance to our citizens. From the start, the Presidents of the European Parliament, The Council and the European Commission will jointly commit to listen to Europeans and to follow-up on the recommendations made by the Conference. This will be done in full respect of the respective competences and of the subsidiarity and proportionality principles, as enshrined in the European Treaties. As the deliberations conclude, the three institutions will examine swiftly how to follow-up effectively to the final outcome of the Conference on the Future of Europe, each within their sphere of competence.

More specifically, if the Conference comes up with ambitious proposals that would require major reform of the EU, how might the Commission go about taking such proposals into account?

According to a recent survey, 44% of EU citizens would like to see reforms in the EU. For this reason it is very important to start the Conference and give citizens opportunities to express their concerns and proposals to shape the EU.

This is a joint endeavour and we are ready to follow up on what will be discussed by citizens, where this is possible. Most of all, we want citizens to see the concrete and tangible results of their deliberations. Concrete follow-up will be the measure of our success. President von der Leyen was the first to commit to this in her political guidelines and I intend to see it through.

There have been proposals for a shared presidency of the Conference by Commission President Ursula von der Leyen, European Parliament President David Sassoli and European Council President Charles Michel. Beyond symbolism, what influence will the presidency have on the Conference? How would a shared tripartite presidency change the nature of the role, compared to the nomination of one President?

A shared presidency over the Conference represents well the fact that this is a truly joint endeavour of the European Parliament, the Council and the Commission. This is only the beginning. The Conference will be a success only if citizens, businesses, academics, civil society, elected representatives and institutions at all levels will contribute as equal partners.

What advice would you give to an ordinary young person who is interested in the Conference and wants to share their thoughts on Europe’s future?

I strongly encourage everyone to get on board and start actively contributing through the multilingual digital platform that we will make available for the Conference launch. Share your thoughts, organise events. We want to hear as many voices as possible. We want to engage with young citizens in a broad and inclusive debate. This is your Conference, so take ownership of it.

The interview questions were prepared jointly by the JEF College of Europe group based in Bruges, Belgium and in Natolin near Warsaw, Poland. The interview was originally published on The New Federalist (thenewfederalist.eu), the web magazine of JEF-Europe. 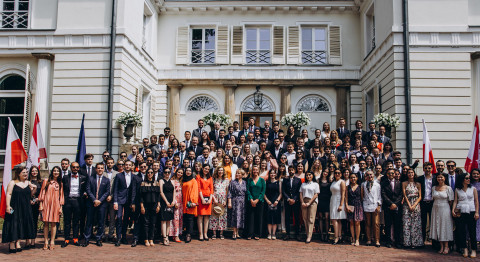