It started with some Olympic Games in the garden of the Oliebaan Residence. We held a “pétanque” and a ping-pong tournament during the afternoon.

On Tuesday, we served our French national lunch: typical boeuf bourguignon, gratin dauphinois, French cheese and mousse au chocolat.  The tables were recovered with a red and white tablecloth.

On Wednesday night, we had the "Rallye des Régions". We selected 5 residences to represent 5 regions (Normandie, Bretagne, Sud, Haut de France et Grand Est).  Five teams went from residence to residence. There were challenges in each region and some questions. The best Team won a "panier garni" made of different products of the regions.

The French overseas territory were highly represented on Thursday night, during the bar night where Alizée, who comes from La Réunion, had made a punch that all students could enjoy.

Friday was the time for our conferences. We had one about the French Tech and the European Union and one — addressed more specifically to the students of the International Relations and Diplomacy Studies department — with the Ambassador of France in Belgium.

Saturday we organized the Interpromo party and the French Night. The theme was "Festival de Cannes". Everyone was well dresses and we gave some "Palme d'or" to "the most glamorous couple", "the best dress", "the best pétanque player", "the most Frenchie".

Our national week ended where it began: at the Oliebaan Residence. We had a movie night with "Astérix et Obélix: mission Cléopatre". 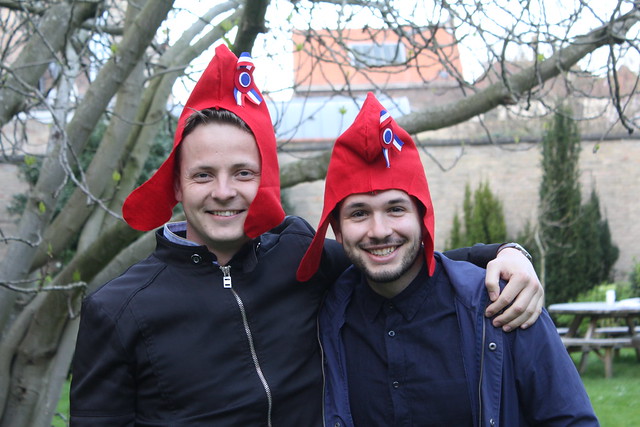