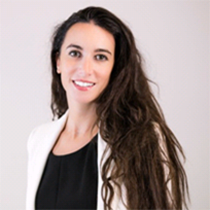 Course offered: Working in the EU Institutions, why, what and how : Theory and Practice (30h)

Albane Demblans is Deputy Head of the Unit “Sustainable Finance” in the Directorate-General for Financial Stability, Financial Services and Capital Markets Union (DG FISMA) of the European Commission in Brussels. She is fluent in French, English, Italian, Spanish and German.