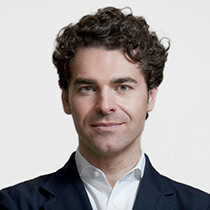 Current position: Alberto Alemanno is the Jean Monnet Professor of European Union Law & Policy at HEC Paris. One of the leading voices on Europe’s democratization, Alberto’s research and public interest work have been centered on how law and policies may be used to improve people’s lives, through the adoption of power-shifting reforms countering social, health, economic, and political disparities of access within society. Due to his commitment to bridge the gap between academic research and policy action, Alberto has pioneered innovative forms of academic and civic engagement and activism in the EU transnational space via his civic start up The Good Lobby as well as the EU Public Interest Clinic he established with New York University School of Law. He has been involved in dozens of campaigns, ranging from the first European Citizen Initiative putting an end to international roaming to the drafting of the EU whistleblower directive, and advocated for EU transnational lists and EU mobile citizen’s political rights. Lately, he set up the Ukraine Corporate Index to track companies’ responses to the Russian invasion of Ukraine in order to pressurize investors, employees and customers of major companies operating in Russia to leave the country.

He’s the author of more than thirty scientific articles and several academic books such as the acclaimed 'Nudge and the Law – A European Perspective'. He regularly publishes in The Guardian, Le Monde, Bloomberg, Politico Europe and his work has been featured in The Economist, The Financial Time, Nature and Science. Alberto is known not only for being a prolific scholar and active public interest lawyer but also for being a creative and passionate teacher having first embraced iTunes U, then pioneering Coursera with a Massive open online course devoted to the functioning and impact of the European Union, which has reached over 300,000 learners from all over the world.

His latest books, ‘Lobbying for Change: Find Your Voice to Create a Better Society’ and Citizen Participation in Democratic Europe, provide a timely analysis and guide to levelling the democratic playing field by empowering ordinary citizens to speak up and inform policy decisions at local, national and international level.

The World Economic Forum nominated him Young Global Leader in 2015, Friends of Europe included him among the 40under40 European Young Leaders, the Schwab Foundation awarded him as Social Innovator of the Year in 2022 and he was conferred the life-long title of Ashoka Fellow.

Education: Originally from Italy, he is a graduate of Harvard Law School, the College of Europe (where he served as a Teaching Assistant in 2001-2002) and holds a PhD in International Law & Economics from Bocconi University.