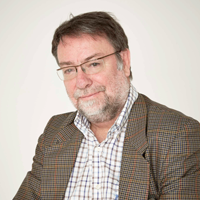 Mr Nilsson holds a law degree (1979) from Uppsala University in Sweden. He has worked as a judge at the Court of Appeal in Jönköping, Sweden before entering private practice. In 1986 he joined the Legal Directorate of the Council of Europe in Strasbourg where he served the European Committee on Crime Problems and the European Committee on Legal Cooperation and its Sub Committees for 10 Years. He was a Secretary to Committees that drafted the 1990 Money Laundering Convention and two Conventions on corruption as well as Conventions on drugs trafficking and environment crime.

In 1996 he was appointed to his current position as Head of the Division of Fundamental Rights and Criminal Justice at the Council of the European Union in Brussels. He is responsible for the implementation of the programme of measures on mutual recognition and i a all EU negotiations on legislative acts in the field of criminal law (and civil law from 1996 to 2004).

In 2009, he joined the Swedish Permanent Representation as Minister and Head of the JHA Counsellors to head a team of Counsellors dealing with the Swedish Presidency until 31 December 2009 before returning to his Council post. He was also responsible at the Permanent Representation for the negotiations in Brussels for the Stockholm Programme on behalf of the Presidency and aspects of the implementation of the Lisbon Treaty.

Mr Nilsson is a visiting Professor of the College of Europe since 1997, a member of the Advisory Board of the International Criminal Law Network and an author of more than 70 articles on International law, criminal law and EU law.

He has been awarded the degree of Jur Dr honoris causa by the Uppsala University.