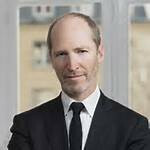 Jacob GRIERSON represents clients from numerous countries in a broad range of international arbitrations, including disputes arising out of the oil and gas, construction, telecom and internet industries. He has represented clients in matters involving joint venture disputes, post-merger and acquisition disputes, licensing disputes and distribution and franchising disputes, among others.