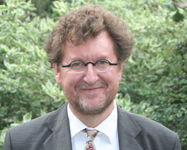 He has been very active in the field of European criminal law both in the area of enforcement of community law and in the third pillar area. Beside his scholarly work he had the lead of several research projects in the field, both for Dutch Ministries and the European Community and the European Union. M. Delmas Marty and he directed the Corpus Juris project 2000.

He is regularly teaching as visiting professor in foreign universities, in Europe and overseas, mostly topics touching upon economic and financial criminal law and European criminal law. His teaching was not limited to the University but does include regularly teaching to the judiciary (in the Netherlands, France, Italy, Spain, Czechia, Poland, Romania, Bulgaria),  to the Bar (in the Netherlands, Spain) and to the Police Academy (in the Netherlands and Belgium). He has been teaching as a visiting Professor at Universities in Italy (Rome, Parma, Trento), in Spain (San Sebastian, Salamanca), in Switzerland (Freiburg), in Belgium (Liège), in Colombia (Bogotà, Ibague), in Mexico (D.F) and in the United States (Columbia Law School in New York and American University in Washington DC). He is also member of the Scientific Committee of the world organization for criminal law AIDP and general AIDP rapporteur on criminal procedure for the next world conference.