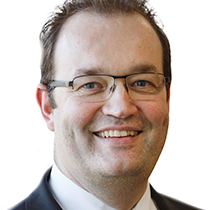 Dr. Koen Berden is Managing Director of Trade Impact B.V., a boutique research and advisory firm focused on advising on smart trade and investment, and assistant professor at Erasmus University Rotterdam. He is working on different projects, including for the European Federation for Pharmaceutical Industries and Associations (EFPIA) where he is external Executive Director for International Trade, and project advisor to the European Commission. In his different roles, he is focused on lecturing and researching on the potential impact of trade and investment agreements as well as ex-ante evaluations of trade agreements. He is particularly interested in the sustainable elements (social, environmental and human rights) and on how to stimulate innovation for long-term gains from trade and investment. Before starting Trade Impact, Koen served as Director of Outreach and Member of the Board of Directors at the World Trade Institute in Bern, Switzerland, and from 2006 – 2015, he worked at Ecorys, the oldest and one of the largest public-sector consulting firms in Europe, in Rotterdam, The Netherlands, where he was first Partner and Commercial Director and later served as Senior Partner and its Managing Director. For the Ecorys Group, Koen was EU Market Director, Chief Innovation Officer, and Chief Economist.

Koen did his PhD in Economics at the Tinbergen Institute on ‘Innovation, Uncertainty and Economic Growth’. Before that, he graduated with honours from Erasmus University Rotterdam in the double master of International and Financial Economics and did his International Baccalaureate at the United World College of the Atlantic in Wales.