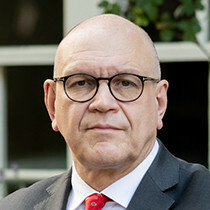 Lorenzo Codogno is a Visiting Professor at the College of Europe and Visiting Professor in Practice at the European Institute of the London School of Economics and Political Science. He is Senior Fellow at the LUISS School of European Political Economy. He is also founder and chief economist of his own consulting vehicle, LC Macro Advisors Ltd. Prior to that, he was Chief Economist and director-general at the Treasury Department of the Italian Ministry of Economy and Finance (May 2006-February 2015). Throughout this period, he was head of the Italian delegation at the Economic Policy Committee of the European Union, which he chaired from Jan 2010 to Dec 2011. He joined the Ministry from Bank of America, where he was managing director, senior economist, and co-head of European Economics based in London over the previous eleven years.