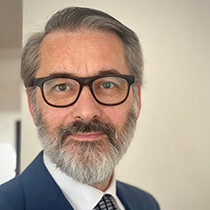 Martin Larch has been with the European Commission since 2000. Before taking up his current position as Head of Secretariat of the European Fiscal Board he worked as Head of Unit in charge of Ireland during the country’s financial assistance programme. His earlier assignments at the Commission also include one as Adviser in the Bureau of European Policy Advisers (BEPA) reporting to the Commission President.

His interests and publications focus on macro-fiscal issues, including in particular fiscal policy making in the European Union and the distribution of income. Martin Larch obtained an economics degree and a PhD in economics from Vienna University and followed doctoral and post-doctoral studies at the Institute for Advanced Studies, Vienna and the European Institute at the London School of Economics.