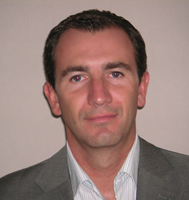 Thierry holds a PhD in political science from the School for Advanced Studies in Social Sciences (EHESS, Paris). He got his Accreditation to supervise research (« Habilitation à Diriger des Recherches », HDR) from Sciences Po.

Thierry lectured at the Paris 11 University, at the Interarmies College (Ecole militaire, Paris) and at Sciences Po. He is currently Professor of Political Science at the European School of Political and Social Sciences of the Catholic University of Lille and Visiting Professor at the College of Europe (Bruges).

He has served, between 2007 and 2008, as scientific advisor to the Strategic Analysis Center (Policy Planning Staff of the French Prime Minister) and as advisor at the Policy Planning Staff of the French Ministry of Foreign Affairs. Thierry has been also associate expert at the Center for International Studies of Sciences Po (CERI) between 2009 and 2017 and Visiting Fellow at the European Institute of the London School of Economics and Political Science (LSE) between 2015 and 2017.