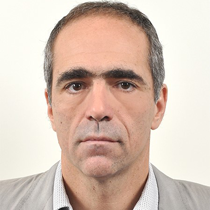 Vassilis Hatzopoulos is full Professor of EU Law and Policies at the Panteion University, Athens and the Provost of Undergraduate Studies at the European Law and Governance School, Athens. Previously he was Professor at the Democritus University of Thrace, where he also served as Chair of his Department, then Dean of the School of Social, Political and Economic Sciences. He is visiting Professor at the College of Europe, Bruges (Belgium) and honourary Asst. Professor at the University of Nottingham (UK).

His research interests cover EU institutional law and governance, the EU internal market with special focus on service liberalisation and the provision of services of general economic interest, state aid and public procurement, as well as EU asylum and immigration law. He has published three monographs, on the principle of mutual recognition in the internal market (in French, Bruylant/Sakkoulas, 1999), on the doctrine of essential facilities under EU competition law (in Greek, Sakkoulas, 2002) and on the regulation of services in the EU (in English, OUP, 2012). He has also published over a hundred articles and case notes, in English, French and Greek, in all the major EU-related reviews and periodicals and in edited volumes. His new monograph on “The Collaborative Economy and EU Law” (in English, Hart, 2018) is forthcoming (see https://www.bloomsburyprofessional.com/uk/the-collaborative-economy-and-eu-law-9781509917136/).

He has a longstanding experience as a lawyer, practicing before the highest national courts and the Court of Justice of the EU. He has consulted i.a. the Greek Government (on the OECD-led regulatory reform), the EU Commission (on the Services Directive) and the European Parliament (on EU patients’ rights). Lately his research interests turn around the sharing economy and the EU preferential trade agreements (TTIP, CETA etc).