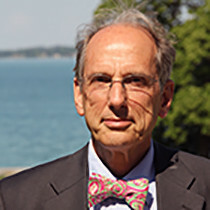 Giacomo Luciani is Adjunct Professor at the Graduate Institute of International and Development Studies and Geneva and co-director of the Executive Master in Oil and Gas Leadership at the Institute. He is also Scientific Director of the Master in International Energy of the Paris School of International Affairs at Sciences-Po and a Princeton University Global Scholar attached to the Woodrow Wilson School and the Department of Near Eastern Studies. He is Senior Advisor to the Gulf Research Center and in this context serves as the Team Leader in the EU-GCC Clean Energy Network Project. He is also actively involved in the POLINARES FP7 research project.

In 2007-10, he was Director at the Gulf Research Center Foundation, Geneva. In 1997-2010, he was Adjunct Professor of International Relations at the SAIS Johns Hopkins University Bologna Centre. From 2000-06, he was Professor of Political Economy and co-director of the Mediterranean Programme of the Robert Schuman Centre for Advanced Studies at the European University Institute. In this time, he directed the EUROGULF project within the SYNERGY program and participated in several other EU-supported projects (INDES, ENCOURAGED, MEDSUPPLY, EUROGULFHCT).

His research interests include Political economy of the Middle East and North Africa and Geopolitics of energy. His work has focused primarily on the economic and political dynamics of rentier states and issues of development in the GCC countries. He is a member of the Oxford Energy Policy Club, the Geneva Petroleum Club, and the Energy, Oil and Gas Club of the Institut Français du Pétrole (IFP). He is a frequent speaker at conferences and events organized by leading institutions in the field of energy affairs.