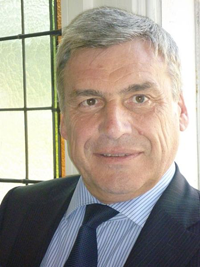 His first diplomatic postings were in Kinshasa, Algiers and the Industrial Development Office in New York. He served from 1982 until 1987 in the Permanent Representation of Belgium to the EU as the assistant to the Ambassador (Antici). In 1987, he was appointed deputy chief of Mission in the Belgian Embassy in Washington where he served until mid-1991.

During the Nineties, his diplomatic career allowed him to participate closely in the shaping of the new European Security Architecture emerging after the end of the cold war. First as Senior official to the CSCE and Ambassador to the Western European Union (WEU), then as Ambassador to Poland (1994–1996), Permanent Representative to the NATO Council (1996–1997)and Belgian Member of the Political Committee of the European Union (1997–2001).

Jean De Ruyt has a doctorate from Louvain University Law School (1969) and studied at the Johns Hopkins School of Advanced International Studies. He was Assistant Professor in Public Law at Louvain University before entering the Diplomatic career. Since his return to Brussels in 2007, he has conducted seminars on European issues for the joint European Studies Institute of Louvain and St Louis Universities and sits on the Board of the The Royal Institute for International Relations.