30th Anniversary of the College of Europe in Natolin: Alumni Reunion of the Charles IV Promotion (1992/1993)

On Saturday, 4 June 2022, the College of Europe in Natolin, in the context of its Alumni Reunion Programme, hosted the first promotion ever of our campus: the Charles IV Promotion (1992/1993).

These "pioneers" of Natolin, who were part of the PECO (Pays de l'Europe Centrale et Orientale) programme, paved the way for the following 30 promotions of students coming to Warsaw and building a strong community spirit that continues to this day.

This meeting opened a series of events to celebrate the 30th anniversary of our Natolin campus. It was a lovely opportunity to relive the memories of the alumni's stay at Natolin during the early 1990s. A family photo was taken on the stairs of the Palace just as 30 was done years ago.

Our alumni were welcomed by Vice-Rector Ewa OŚNIECKA-TAMECKA, who received them at the very same place upon their arrival three decades ago. A group of their colleagues who studied in the Bruges campus, joined the PECO alumni from the Charles IV promotion wanting to see the place they had heard so much about.

On the alumni's initiative, a moderated discussion with the current students of the Éliane Vogel Polsky Promotion took place on the "Consequences of the war in Ukraine". Three alumni were panelists: Mr Almir ŠAHOVIĆ, Mr Stan KNAFLEWSKI, and Ms Oonagh BUCKLEY. The discussion oscillated between personal accounts of how the alumni experienced the start of the war in their respective countries.

It also focused on the similarities between the situation in Ukraine and the potential risks to the Western Balkan region (with the valuable personal input from H.E. Almir ŠAHOVIĆ, Ambassador of Bosnia and Herzegovina to the Netherlands). Current students joined in the discussion and shared their perspectives. It was both an insightful and very personal moment for all to reflect on the consequences of the war in Ukraine.

The discussion was followed by a small reception for the alumni and students, and a buffet dinner.

The College of Europe in Natolin is thrilled to have been able to re-start the organization of Alumni Reunions after two years of pandemic restrictions with such a significant anniversary.

We invite you to watch a selection of pictures of the event through our Flickr gallery below: 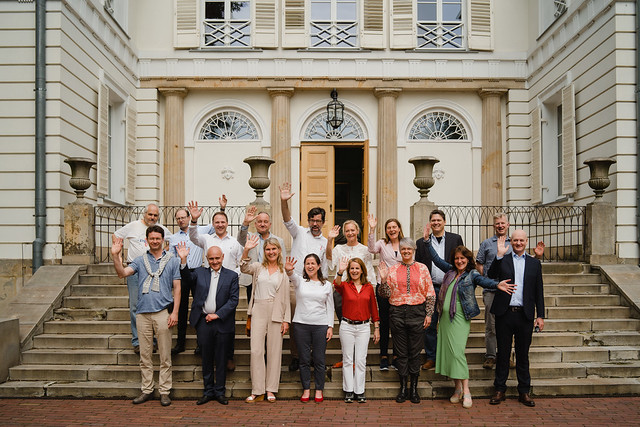