On Friday 14 February 2020, the Armenian students of the College of Europe in Natolin organised the Armenian National Day. The students, dressed in traditional costumes, welcomed their colleagues with "salt and bread". At dinnertime, the Natolin restaurant was full of Armenian atmosphere: the red wine, Ararat cognac, and the very classics of the Armenian cuisine were waiting for everyone.

After the dinner, the Ambassador of Armenia to Poland, H.E Mr Samvel MKRTCHYAN, delivered a speech on "EU-Armenian relations". Shortly after that, the Armenian students of Warsaw Sunday School performed Armenian national dance and the "Go Arm" band played local Armenian songs.

Students also had an opportunity to check their knowledge about Armenia with the Super Quiz and the winners were awarded prizes. The evening ended on a romantic note: students participated in Armenian storytelling and received a salty pancake which symbolizes love as a gift. 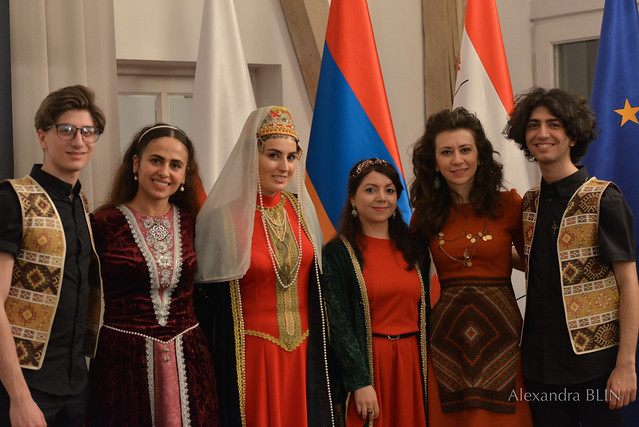