On Sunday, 15 January 2017, the College of Europe Natolin Choir performed Christmas carols and songs in the framework of the 7th Annual Christmas Carols Concert entitled "Non degu, non?" ("Where is He, where?") in the St. Stephen's Church in Mokotów, Warsaw. The concert gathered several choirs with more than 70 performers representing 12 nationalities, conducted by Ms Katarzyna Maria BONIECKA. The repertoire included carols and Christmas songs in 10 languages.

During the third part of the concert, the church was filled with the sounds of the Kameleon Choir of the Mokotów district. The choir sang a Ukrainian Christmas carol followed by the Basque song "Non degu, non?".  In this song, the author of the lyrics and composer, Mr Junkal GUERRERO, compares the situation of the newborn Jesus – whose family couldn’t find a place to stay in crowded Bethlehem and had to escape to Egypt – to the current refugee crisis. The song was also chosen as the main carol of the concert as .January 15th is the World Day of Migrants and Refugees.

For the finale, all choirs performed "Jingle bells" and encouraged the public to sing "Silent night" together. The concert was a unique opportunity for Natolin students to experience the Polish Christmas carols tradition. 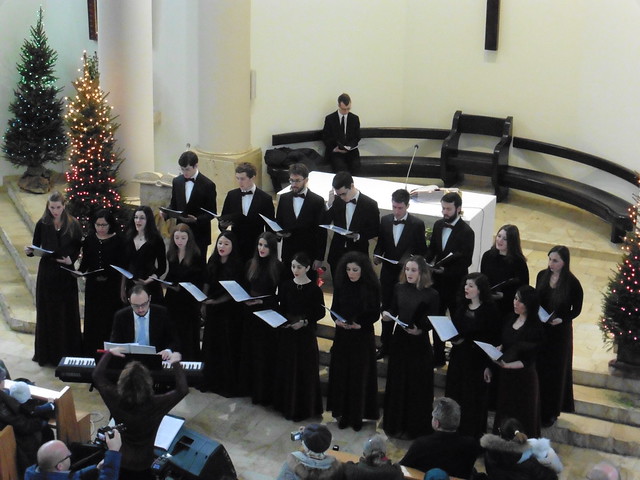