This year’s (inter)national football jostle was just a stille before the storm. Liverpool’s Champions League success, Portugal’s triumph in the Nations League and Manchester City’s season grow dim in comparison to a unique tournament organized on the premises of the College.

Aspiring to re-create a tradition established by the John Maynard Keynes Promotion (2016-2017), five teams comprised of 25 students and 16 staff members competed for a one of a kind trophy – The Natolin Cup! Together, they formed five teams: the Natolin Forest, the Natolin Marineritos, the Natolin Seagulls, the Natolin Rainbow Warriors and the Natolin Crew.

After a professional warm up, all players were ready to kick off the tournament. In the group stage, teams faced off each other in short but dramatic stand-offs. The audience saw it all: goals and fouls, wins and draws, mud and blood. Eventually, two semifinals saw the Natolin Rainbow Warriors face the Natolin Marineritos, and the Natolin Forest play against the Natolin Seagulls.

In the game for the third place, the Natolin Rainbow Warriors managed to squeeze out a victory versus the Natolin Seagulls, thus securing the bronze medal. The final game was a tight one, with each side being close to a clutch goal. However, the Natolin Forest triumphed with a sudden yet crushing counter-attack, leaving the Natolin Marineritos with their silver medals.

Special awards were assigned to:

We would like to warmly thank all students and staff members who made this competition a fantastic success.

The Natolin Cup 2019 is now history. Probably, the best message for future generations would be one borrowed from Oscar Wilde, namely: "The one duty we owe to history is to rewrite it". 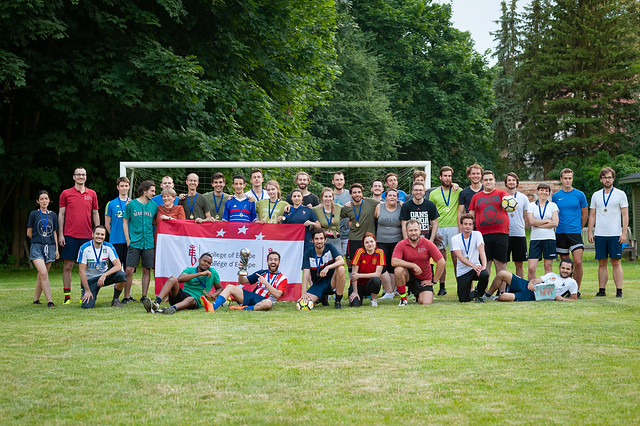