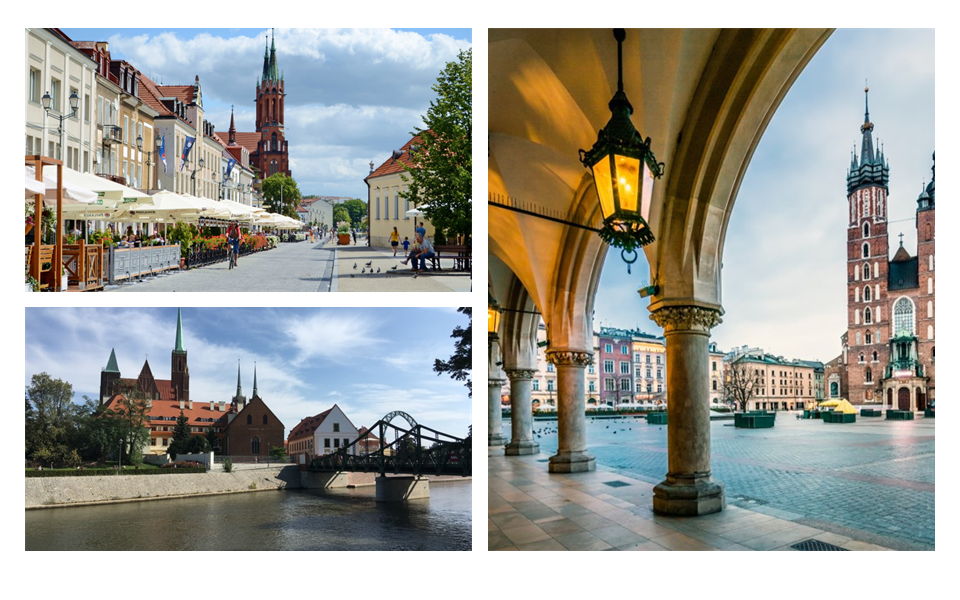 Natolin First Semester Study Trips 2022 – "Borderlands: Peripheries have much to teach the center"

From 25 September to 2 October 2022, Natolin students of the David Sassoli Promotion embark upon their first semester study trips under the overarching theme "Borderlands: Peripheries have much to teach the center". This year, students set off to three destinations and explore the following topics:

This year’s three Study Trip destinations are all united by a "borderland" theme. Observing and analysing the particularities of "borderlands" will help us to understand many important processes of cooperation between people and groups in the context of globalization and Europeanization. Moreover, this exploration will assist us in perceiving two key threads: the weight of the past that remains in local communities, and the free choices of the past that have been guided by positive values essential for peaceful coexistence and innovation. The first is a tendency toward self-destruction, wherein borderland communities can be manipulated to tear apart their collective tissue. The second is a creative inspiration, displaying the ways in which the distinct characteristics of borderlands lead to the formation of communities. The phenomenon of borderlands is universal and they can be found across the globe, in places such as former Yugoslavia, Uruguay, North/South Tyrol, Sudan, Alsace-Lorraine, the Kurdistan region and Transnistria. The past, present and future of these areas has taken on international significance, and hard-fought battles – both diplomatic and military – will continue to be waged over them precisely because of their "borderland" nature. Right here in the middle of Europe, we have the extraordinary opportunity to investigate different manifestations of this phenomenon and will do so as part of the Study Trips.

Borders inherently create divisions, regardless of whether they are lines on a map or imagined partitions between social groups. But only rarely are borders representative of a clear break from one category to the next. This fluid melding between sectors offers the opportunity to puncture premises that undergird worldviews formed at the centre. When nationalism, for example, is seen from the centre, it appears to be a foregone conclusion, an obvious expression of the majority culture. At the margins, however, a completely different set of conditions make nationalism appear contingent, contested and less essential. Thus borderlands represent more than the meeting or overlapping of various boundaries, either political, ethnic, cultural, linguistic or religious; they are valuable as models for our multi-layered world. Borderland populations have been shaped not only by their inherent diversity, but also by their role as a subject and object of various social and political forces. The people of the borderlands have always needed to find ways to live together, and this has been misunderstood from centres of political power. At base, borderlands epitomize the liminal characteristics of the human social experience. Revisiting borderlands, both physical and ideological, will allow us to work against oversimplification, dualism and essentialism across frontiers of time and space. The study trips will use the east-central European space as a proving ground for testing our assumptions in ways that resonate beyond this part of the world. Each of the destinations invite lively debate over the meaning of basic concepts such as territory, ethnicity, language, climate, environment, trade and sovereignty. 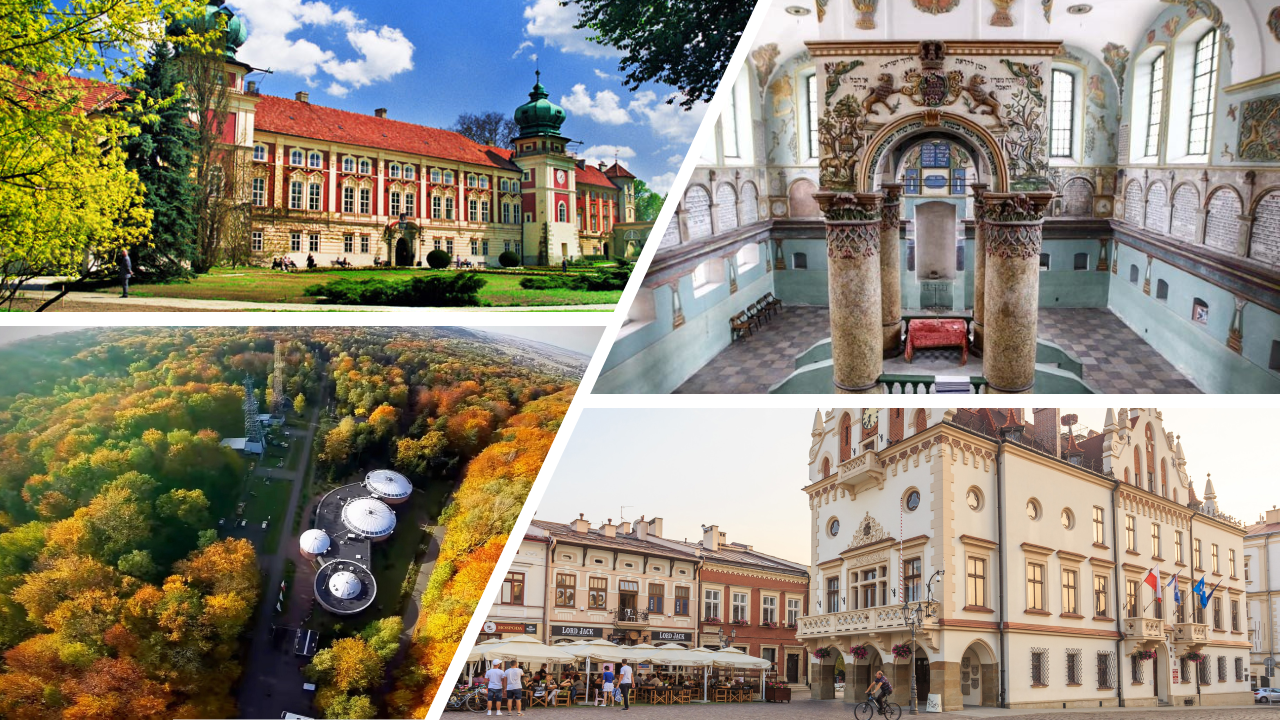 The programme of this study trip will invite students to explore several cities of the former Galician territory and to reflect on the contemporary dimension of the Galician myth focusing on the key for the regional phenomenon of "borderlands", as Galicia represents a particular space of memory for Poles, Ukrainians, Austrians, and Jews, that are now separated by borders.

Galicia brings a variety of perceptions: for some it represents an image of daily political rivalry, for others – harmonious multinational co-existence. The Galician myth does not always correspond to reality but carries different meanings to the descendants of the region’s inhabitants. What is Galicia today? Galicia felix or Galicia miserabilis?

Students will have an opportunity to learn and compare the divergent perceptions of Galicia – as a mythical place that goes beyond both physical and time frontiers. One hundred years on, these lands seem to continue to serve as a laboratory for what Timothy Snyder has called "the reconstruction of nations" in contemporary Europe.

Nowadays, the former Galician territory is the forefront of the reception of Ukrainian refugees, with war and solidarity changing again the relations between different communities.

"The many Silesias – identities, memories, transitions" 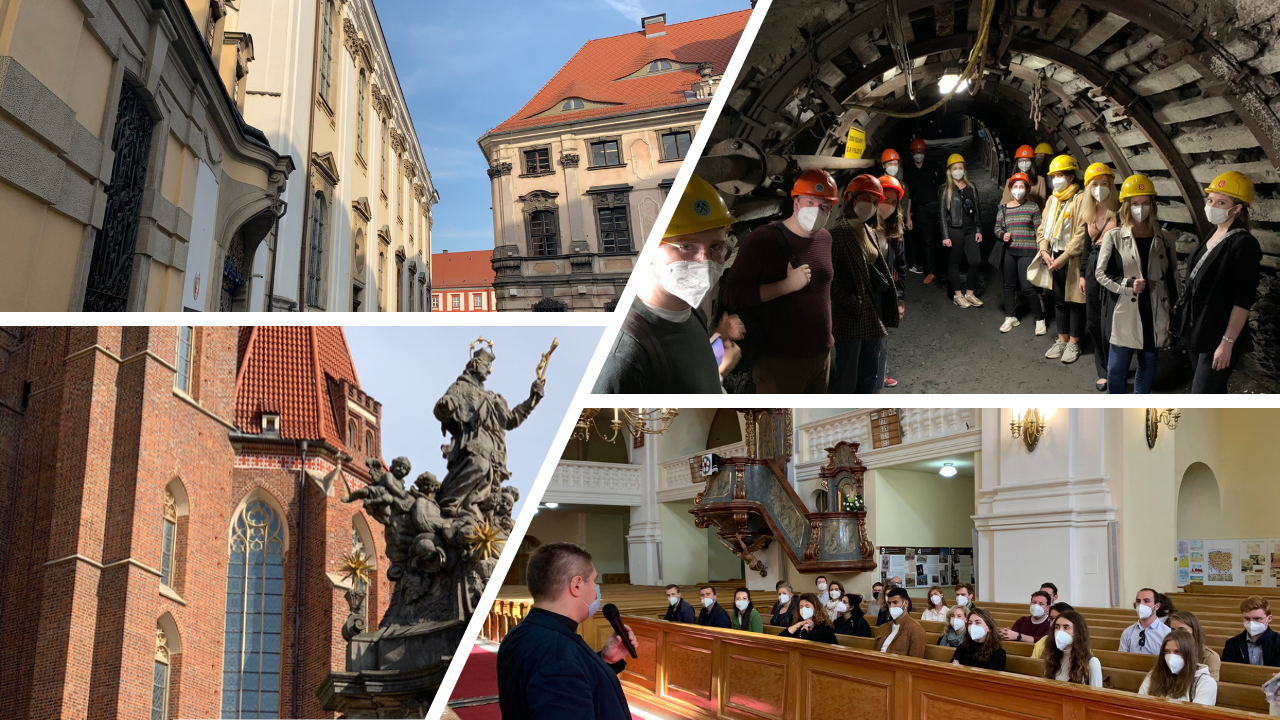 The aim of this study trip is to familiarise the students with multiple identities and historical trajectories of the region of Silesia, as well as its transitions: from one realm/state to another, from totalitarianism to democracy, from an economy based on fossil fuels and industry to a climate-and-environment-neutral one.

Silesia is a model example of a "borderland". It is divided into Lower Silesia, with its capital city of Wrocław, Upper Silesia, whose urban layer is constituted mainly by the bustling and modern Katowice metropolitan area, and the cities of Opole and Cieszyn.

The Silesian identity as well as its cultural, linguistic, and economic distinctiveness is determined by its tremendously complex and intricate history, during which Silesia has been strongly influenced by Polish, German, Bohemian, and Austrian cultures and political systems. Silesia is not merely a piece of land, but the scene of shared complex fate and, arguably, home to a separate, independent identity.

The region is also at the heart of the current discussions on economic and energy transition. Coal mining and industrialisation were a crucial part of the "founding myth" of Silesia. Their role in local culture and society remains pivotal. The trip seeks to examine the economic and social challenges and costs of the green transition, and how these can be addressed, i.e. through an innovative economy and revitalisation of post-industrial areas. 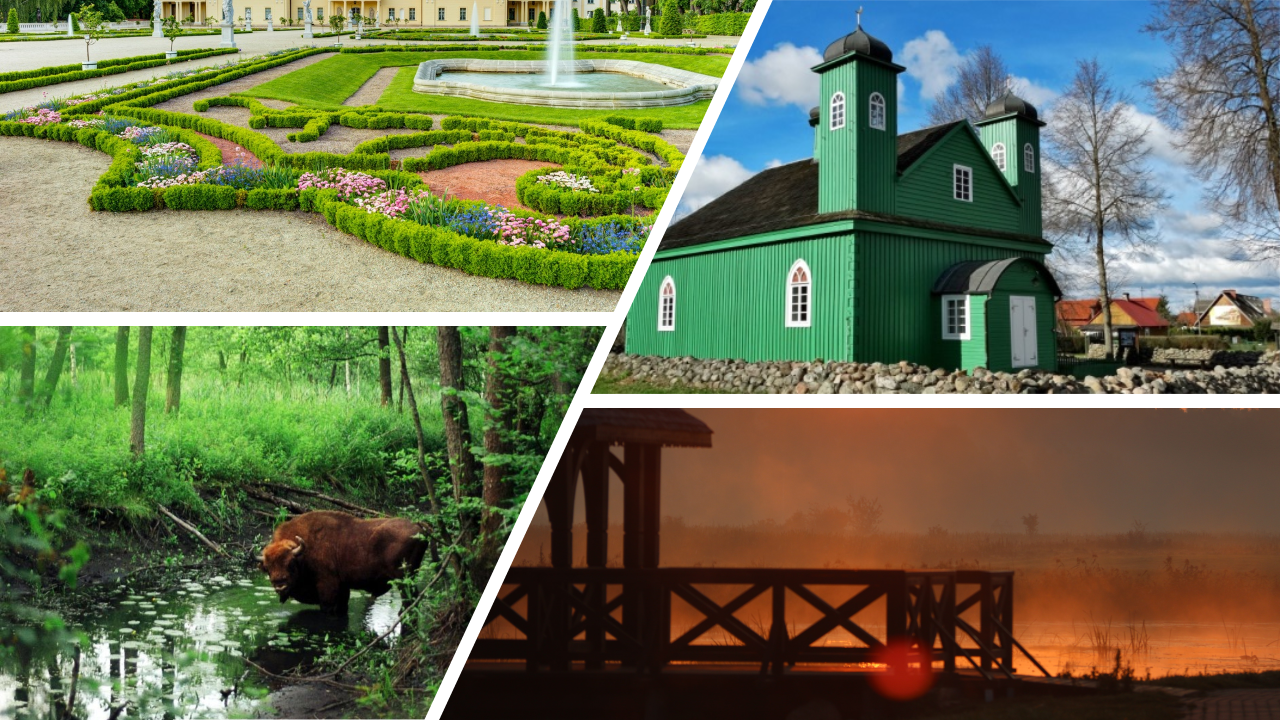 The alliance of the kingdom of Poland and the Duchy of Lithuania into the Union of Lublin in 1569 has given birth to one of Europe’s most ethnically, culturally, and religiously diverse states on the continent. The signature of this document transformed Central Europe for more than four hundred years and its effects can still be observed to this day. In this regard, Podlasie and Suwalszczyzna certainly constitute a fantastic embodiment of the notion of "borderland"s, where communities espoused multifaceted national, ethnic, and confessional identities.

For centuries, the Suwałki/Suvalkai region has been inhabited by Jews, Lithuanians, Poles, Russian Old Believers, Germans; while the Podlasie territories have been home to Belarusians, Ukrainians, Jews, Poles, and a community of Tatars who settled in the Grand Duchy of Lithuania after the collapse of the Golden Horde. Despite confessional differences of these groups – Orthodoxy, Greek Catholicism, Protestantism, Roman Catholicism, Judaism, Islam – tolerance endured.

Geopolitical considerations continue to affect both regions today as the Polish and Lithuanian borders are also the external borders of the EU and NATO. Squeezed between Russia and Belarus, the 65-km wide Suwałki Gap is the only land connection linking the Baltic states with Poland and the rest of their NATO allies. The study trip will thus investigate the current political situation in Belarus and its relations with the EU neighbours from a borderland perspective.

Lastly, the picturesque landscapes of Podlasie and Suwalszczyzna had a profound influence on numerous culture figures, such as Nobel laureate for literature Czesław Miłosz and painter Leon Tarasewicz, who emphasized their borderland identity and used it to create unique art. Moreover, the protection of the natural environment creates transnational obligations for borderland communities, which the trip will also explore.