From Monday 9 May to Wednesday 11 May 2022, the students of the European Economic Studies Department of our Bruges campus went on a study trip to the German city Frankfurt am Main and Luxembourg. The ECO student group was accompanied by Permanent Professor Peter CLAEYS and academic assistant Claire SOUPART.

On Monday, the students had the chance to exchange with College alumni working at the European Central Bank (ECB) during a networking dinner event. The second study trip day started with presentations and discussions with alumni working at the ECB. The first presentation, by Gabriel GLÖCKLER – Principal Adviser in DG Communications, dealt with the subject “Normalisation in times of war? Current challenges for ECB policy.”. Then, Rachele RIZZO – Environmental Management Expert in the Climate change centre – discussed about “Climate change and the role of the ECB.”. Finally, Daphne MOMFERATOU – Team Lead Economist, Deputy Mission Chief Greece in Division Supply Side, Labour and Surveillance – presented the “Economics adjustment in the euro area: The experience with programmes in IE, GR, PT, ES and CY.”. Each presentation was followed by an exchange between the speakers and the students. 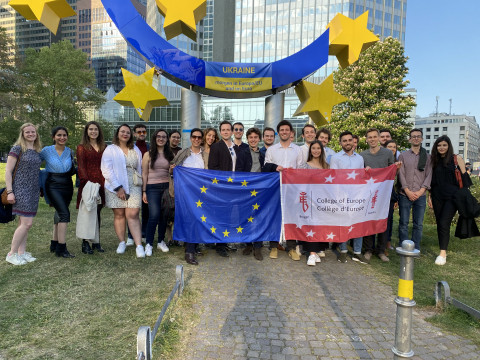 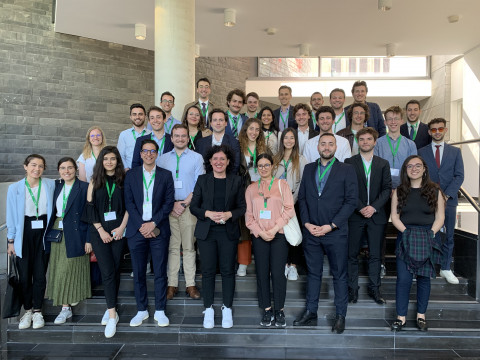 After their arrival in Luxembourg in pre-evening, the students had the chance to organize their dinner individually. On Wednesday, the final day of the three-day study trip, the ECO students were welcomed by the ECA. There, they had the chance to meet Jochen SCHANZ – Senior Economist at the EIB – and Wouter Vander Wielen – Economist at the EIB. They gave a presentation about “The economic impact of EIB projects” and “analysing EIB policies across Europe”, respectively.

After a nice lunch at the ECA restaurant, the students had the pleasure to meet Catherine LIBERT – adviser to the director of Human Resources, Budget and General Services at the ECA – who presented the work of the ECA as well as job opportunities for students from the ECO department of the College of Europe through an “Introduction to the ECA". After this introduction, Annemie TURTELBOOM – ECA Member from Belgium (Chamber II) – discussed with the students about some ECA reports during her presentation on a “Selection of ECA reports”. The students could then ask all their questions about the ECA to the two speakers.

A picture series of the three-day study trip can be found below and HERE. 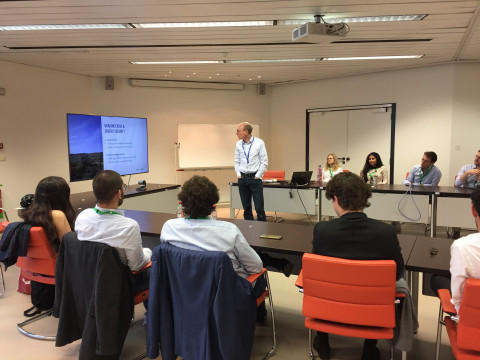 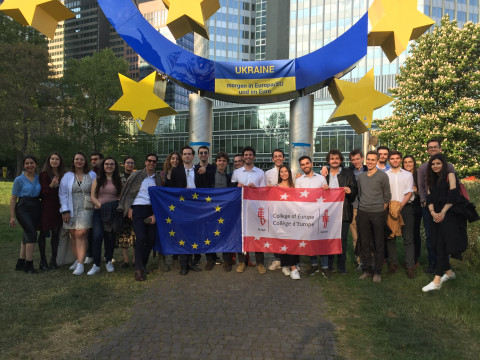 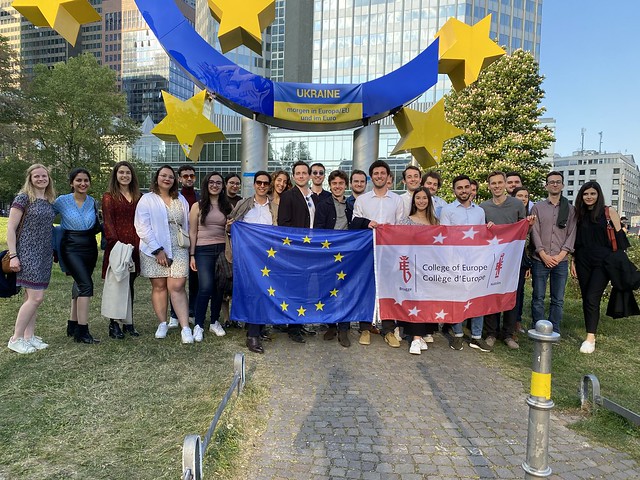