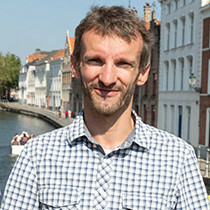 Peter Claeys is Permanent Professor at the Economics Department of the College of Europe. He obtained his Ph.D. at the European University Institute, and after a Marie Curie Fellowship at AQR, became an Assistant Professor at the Universitat de Barcelona. He then joined the Vrije Universiteit Brussel as an Associate Professor, in the research group Applied Economics. His work focuses on the econometric modelling of various aspects of fiscal policy, including the macroeconomic effects of government spending, fiscal consolidation, spillover of budget decisions, fiscal federalism and more generally the interaction between monetary and fiscal policies. He has worked on various projects on fiscal policy for the European Commission, the ECB, the OECD, the European Parliament, and the different governments. He was coordinator of the Erasmus Mundus Master on Globalisation and European Integration, and is a Research Fellow at the United Nations University.