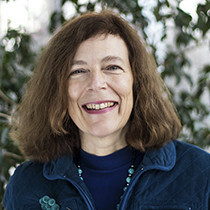 Professor Pascaline Winand is Director of Studies at the College of Europe in Natolin. She also lectures at the Institut d’Etudes européennes of the Université Libre de Bruxelles (ULB).

Of dual Belgian and Australian nationality, Professor Winand holds a PhD in Political Science and an Honours Bachelor’s degree in Germanic Studies from the ULB, an MA in International Relations from Yale University, as well as an MA in Diplomatic History from Purdue University.

She is the author of the prize-winning book Eisenhower, Kennedy and the United States of Europe (Macmillan/St Martin’s Press/Palgrave), of ten co-authored and co-edited volumes and of sixty-three articles and chapters. Her areas of specialization include international history and international relations, with an emphasis on EU external relations, transatlantic relations, EU-Asia relations, international development and the study of international and regional organizations. She has been awarded grants and fellowships by the European Commission, the Norwegian Nobel Institute, the European University Institute (EUI), the Belgian National Fund for Scientific Research, Yale University and the Belgian American Educational Foundation. She is the Series Editor of ‘European Policy’ at the Presses Interuniversitaires européennes/Peter Lang.

Professor Winand was previously Director of the Monash European and EU Centre and Jean Monnet Chair in European integration and international relations at Monash University in Australia. Before coming to Monash she was Professor of Contemporary History at the EUI, Florence. She has also lectured at the ULB and was a Research Associate at the Belgian National Fund for Scientific Research. She was a Visiting Professor at the Institute of International Relations of Kyiv Taras Shevchenko University in Ukraine, at Tomsk State University in Russia, at the Pontificia Universidad Catolica del Peru and at the University of Pittsburgh in the US. She has extensive experience in research supervision, having successfully directed many BA, MA and PhD theses over the years.